I is for Incredible Shrinking Man [Which no lady don't want to hear!] 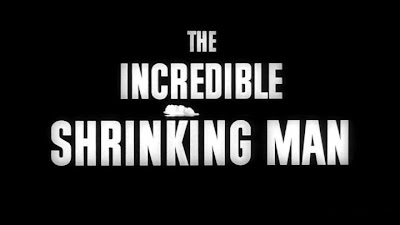 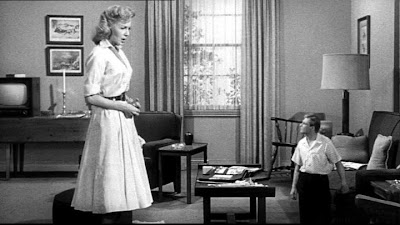 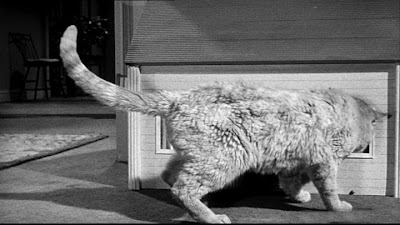 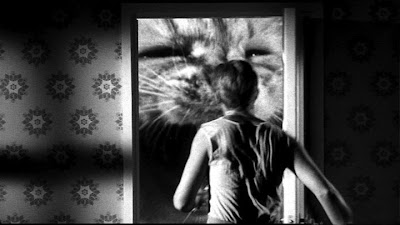 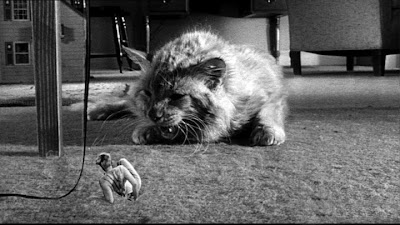 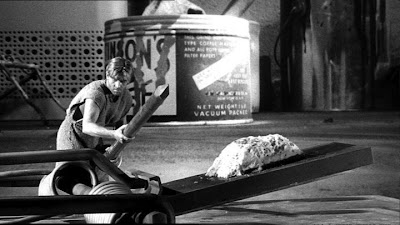 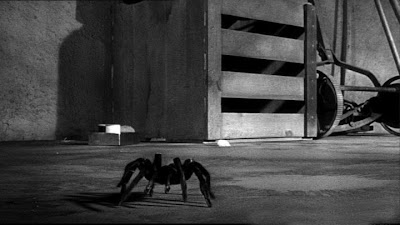 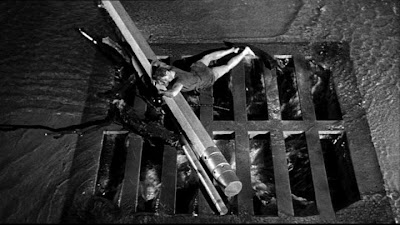 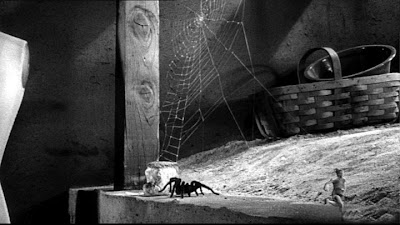 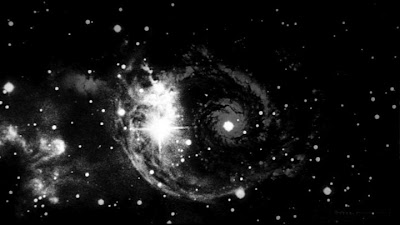 Incredible Shrinking Man (1957)
Scott Carey (Grant Williams), is a businessman who is on vacation on a boat, off the Californian coast, with his 5ft 8in wife Louise, when he suddenly is contaminated by a radioactive cloud. At the time, Louise was below deck getting refreshments, so she wasn't affected. Subsequently, Scott, who is 6ft 2in tall and weighs 190 pounds, thinks little of the cloud, and doesn't appear to have been affected by it.

However, one morning, six months later, Scott notices that his shirt seems too big. He blames it on the cleaners. His wedding ring falls off his finger. As this trend continues, Scott believes he is shrinking. At first Louise dismisses his fears as silly, but he continues to lose weight and height. Noticeably, this is shown when he looks his wife, previously six inches shorter than he, in the eye.

Scott visits a prominent research laboratory, and after numerous tests, learns that exposure to the radioactive mist and some normal pesticides, caused his cells to shrink.

Scott continues to both shrink and lose weight. His story hits the headlines, and he becomes a national curiosity. He also has to give up his job and stops driving. To make ends meet, he sells his story to the national press.

By this point he feels humiliated, and expresses his shame and impotence by lashing out at his wife. She is reduced to tears of despair at her husband's fate.

Then, it seems, an antidote is found for Scott's affliction: it briefly arrests Carey's shrinking when he is 36 and a half inches tall and weighs 52-pounds. Despite halting his dimunation, he is told that he will never return to his former size, unless a cure is found, and that the antidote will only arrest the shrinking. Still, he seems relatively content to remain at three-feet tall, and begins to accept his fate.

At a circus, he briefly becomes friends with a female dwarf, who initially is identical in height; she is appearing in a side-show and persuades Scott that life isn't all negative being their size. Although their relationship is platonic in the film, it becomes romantic in the novel. During one of Scott's conversations with his new friend, he notices he has become even shorter than she, meaning the antidote is not working. Exasperated, Scott runs away. He continues shrinking, and eventually is reduced to living in a dollhouse. After nearly being killed by his own cat, he winds up trapped in a basement and has to battle a voracious spider, his own hunger, and the fear that he may eventually shrink down to nothing. After defeating the spider, Scott accepts his fate and (now so small he can escape the basement by walking through a space in a window screen) is resigned to the adventure of seeing what awaits him in even smaller realms. The film's ending monologue implies Scott will eventually shrink to atomic size; but, no matter how small he shrinks, Scott concludes he will still matter in the universe and this thought gives him comfort and ends his fears of the future.
Hosted By Jeremy [Retro]