NO ONE CAN BE AS COOL AS NICOLAS CAGE, we can only try! 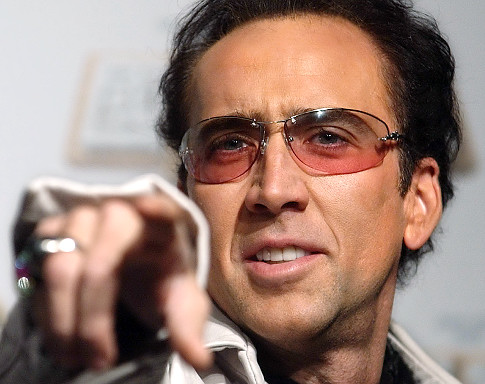 Surgery went well, I am resting and finally getting some well needed sleep and recovery. I have been spending less and less time here in the blog world, hopefully now that my health is going to be a bit better...

Thanks to all you who have sent kind messages, comments and smiles!
-Jeremy [Retro]

Will be gone for some time, if you were looking!

SKYWRITING from the GROUND UP!

Bizarro is a fictional character appearing in American comic books published by DC Comics. The character was created by writer Otto Binder and artist George Papp as a "mirror image" of Superman and first appeared in Superboy #68 (1958).

Debuting in the Silver Age of Comic Books (1956 - 1970), the character has often been portrayed as an antagonist to Superman, and appeared in both comic books and graphic novels as well as other DC Comics-related products such as animated and live-action television series, trading cards, toys, and video games.

A Bizarro fantasy akin to the pre-Crisis version appears in the 1998 Adventure Comics 80-Page Giant by writer Tom Peyer and artist Kevin O'Neill. There, Bizarro demands that a technician at a SETI-like installation broadcast his diary. Having no choice, the technician looks over the diary, which tells the story of the classic cube-shaped backwards Bizarro World. Superman accidentally finds himself there and, to allay people's fears of him, goes on a "constructive rampage." The original Bizarro, aka Bizarro #1, goes to Earth and attempts to stop Superman with the help of his friends. However, when the other Bizarros try to kill Superman, #1 stops them, saying that killing is the earthly thing that they must, above all, do the opposite of. Realizing that, however strange Bizarro World might be, its inhabitants are safer and happier than those of Earth thanks to Bizarro #1's leadership, Superman apologizes. To show his sincerity he hides a copy of the Bizarro Code where nobody will ever see it. The people hold a parade in #1's honor and with his loving wife Bizarro Lois #1 and their son, Bizarro Junior #1 at his side, Bizarro cries saying "Me am ... happiest creature in universe." When the technician finishes reading the story, he sees Bizarro is gone and, horrified, asks - what if the journal itself is no exception to the Bizarro Code? Elsewhere, the truth is revealed; Bizarro, who has no home and has no family and is held in contempt by Superman, weeps because he is the most miserable thing in the universe.

May your adventure, take you from the ground to the sky... your words matter and have meaning. Life is bizarre and the evil side is not always what you seem.
-Jeremy [Retro]