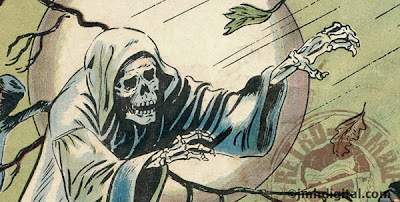 So to add to your enjoyment that being Friday and heading towards the great pumpkin appearing in your town... I bring you my good friend, Roland D. Yeomans.
-Jeremy [Retro-Zombie] 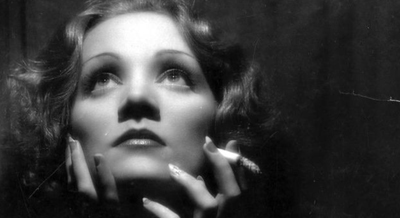 -Tell us about "Ghost of a Chance" and the inspiration behind it?

Stephen King wrote a series of books starring Roland the gunslinger who traversed many of King’s literary worlds. I thought how much fun I could have if I put myself in a race against death across my own fictional worlds: a sort of supernatural NORTH BY NORTHWEST, the Hitchcock classic movie.
I have always had a crush on Marlene Dietrich since I saw GOLDEN EARRINGS on a late night classic movie marathon as a child.  I’ve always wished I could pal around with Mark Twain.  So I wrote a novel where I was the love interest of the ghost of Marlene Dietrich and best friend of the ghost of Mark Twain.

-Do you feel that books/bookstores are thriving, dying or dead?

It is increasingly a visual society. Reading is becoming a thing of the past.  In a generation, books may have gone the way of the slide rule.  The internet has killed music stores and have hurt book stores, perhaps mortally so.

YA fiction is saving books at the moment.  But for how long? 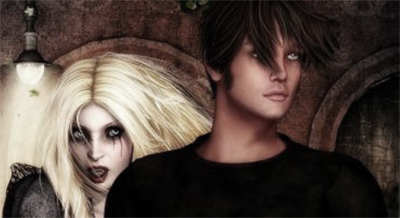 -What is the scariest thing that you think you have written?

A selection in THE RIVAL where Victor Standish walks into a nexus between realities:

In this dark cavern of a saloon, things vast, blind, and monstrous took shape in the bronze-hued mists that billowed all through the place.
They lumbered without notice of us.  They became almost solid, fuzzed, then drifted apart only to re-form feet from where they had been.  A huge being in a brown robe strode slow and steady.
To my right and up so high it hurt my neck to take it in, a weird hill of metal and stone floated slowly.  It trembled, then moved and stirred like a dragon waking from sleep.  Blossoming as if alive, it became a triad of three faces that revolved as it floated away from us.  An angelic face, both terrible and beautiful beyond any singing of it.  An eagle’s face, whose fierce eyes seemed to burn with fires undying.  A lamb’s face, remote but somehow sad.
About me, inhuman forces seemed to glide around, behind, and above.  Titters of insane giggling came from the shadows.  I flinched as invisible bat-like wings brushed my right cheek.
A dance macabre formed in the mists to my far left.  Up high and almost lost in the billowing fog, sprites of dark ice spun on one leg, twirling slowly, their angular faces lost in some delirium of madness.  They began to sing.
It was an invocation.  But to what?
Something loathsome and foul billowed before them.  They spun the faster, sang even higher.  An Unnamable One.  I had never seen its like before.  Horned and winged, blood oozing along its writhing tentacles that weaved in beat to the sprites’ singing.
If ever hate and evil were incarnated in sound, I heard and felt it then.  It filled the room, the streets beyond, the sky, the very universe filled with it.  Its blackness hit me like a physical wind, and I knew if I looked outside, the stars themselves would be blotted out.
Abysses loathsome and endless yawned hungrily in the mists before me.  I caught flashes, glimpses of alien voids and unholy dimensions beyond all human experience.  Cold sweat stood out on my whole body.
I tried to pry my eyes from the mists before something permanent and dangerous happened to my sanity.  I could not.  The sprites’ singing rose higher and higher until it lost all semblance to song but instead became the inhuman, unearthly shrieks of damned souls being dragged helplessly down into Hell.

-If you hear a noise from the dark [you know you are alone] do you investigate or scream like Samuel L. Jackson? 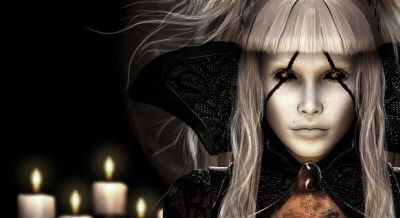 -What can we expect next and do you work from a title then story or story then title?

THREE SPIRIT KNIGHT is my next title, the fourth in the adventures of Victor Standish.  I hope to have it out by Thanksgiving.  Halloween would have fit the storyline better, but I am only human.  It takes time to write while being a rare blood courier!
It may not be out until Christmas when I wanted Victor’s 5th adventure out, SLAYBELLES IN THE NIGHT.
Sometimes the title comes first.  Sometimes the story.  More often than not, it is the title first though.

Bio: WHO IS THIS STRANGE MAN WANTING ME TO READ HIS NOVELS?

My family left Detroit when I was quite young so my last memories of Detroit are hub cabs and knee caps. The further south we went, the hotter it got. So I was glad when we stopped in Lafayette, Louisiana, because I was certain the next stop would have been Hell.
A year there taught me to say "sir and ma'am" and to pronounce David and Richard in really strange ways when they were last names. And it was not a pretty sight when I said Comeaux for the first time.
Lake Charles was the next stop. I remember standing in the front yard of our new home, watching the neighbor across the street beating in his front door (his wife had locked it) with a fence post.
I looked up to Mom and said, "You know, if I had a degree in Psychology, I would probably understand what's going on there."
She ruffled my hair and said back, "Lot's of luck with that."
And she was right. A master's degree in psychology hasn't unlocked the why's of the pain I see. It just helped me put fancy labels on them.
I have been everything but a pirate, but since I once worked for a tax preparation firm, I guess you could say I've been that, too. I was a teacher for awhile. Then, a family counselor. My mother contracted cancer, and I emptied my savings, opening my own bookstore to give me freedom to go with her for the out-of-town treatments.
Mother died. The reason for my store died with her. I saw an opening at Lifeshare Blood Center in the Product Management department. I applied and was hired. And the rest is infamy, ah, I mean history.
I've been writing most of my life. Most of my old writings burned up when my home burned to the ground. But now, I have several e-books out including, THE BEAR WITH TWO SHADOWS, on sale at Amazon .

Also I have RITES OF PASSAGE, concerning the adventures of Victor Standish’s guardian when he sailed into madness across the Bermuda Triangle of 1853.

I work horrendous hours as a rare blood courier.  I worked 18 hours straight this past Labor Day.  So much like my young hero, Victor Standish, I am often so fatigued that I only think I know what I am doing.
And that is the truth of my life ... give or take a lie or two.

Email ThisBlogThis!Share to TwitterShare to FacebookShare to Pinterest
On The Menu: Roland D. Yeomans