Boris Karloff and ME!! 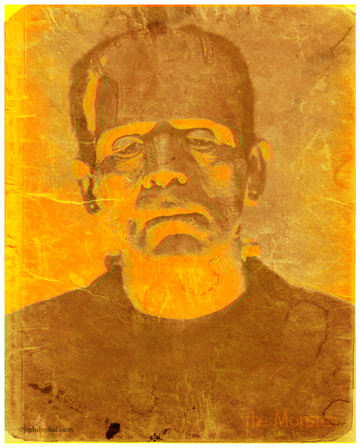 Karloff is best remembered for his roles in horror films and his portrayal of Frankenstein's monster in Frankenstein (1931), Bride of Frankenstein (1935), and Son of Frankenstein (1939). His popularity following Frankenstein was such that for a brief time he was billed simply as "Karloff" or "Karloff the Uncanny." His best-known non-horror role is as the Grinch, as well as the narrator, in the animated television special of Dr. Seuss's How the Grinch Stole Christmas! (1966).
-From Wikipedia, the free encyclopedia

Once again, look at the last week's post "Bela Lugosi and Me" this is art/designed by me and if anyone is interested in a possible giveaway that will include either a 8x10 or 16x20 to best comments overall and will end at the end of this month.
-Jeremy [Retro-Zombie]