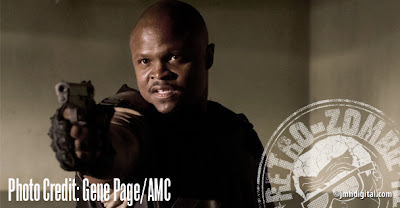 Struggling with the guilt of abandoning Merle Dixon on a department store rooftop, T-Dog – born Theodore Douglas -- feels the need to continually prove his value as a member of the group. 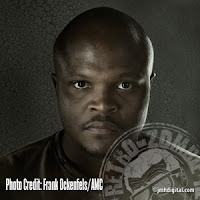 But T-Dog’s experiences since the apocalypse have slowly undermined his confidence, leaving him vulnerable and quick to flee. After being injured during a walker attack, T-Dog deliriously suggests to Dale that the two should just take the RV and abandon the others. Later, he apologizes, asserting that “I’m not a coward, and I’m not weak.”

Still, T-Dog is a highly moral person, eagerly volunteering to go after Merle despite their differences.

A proven soldier, T-Dog bravely defends the group on several occasions against walker attacks, and personally rescues Lori and Beth during the herd attack on the farm. Afterwards, however, T-Dog falls back on his instincts to flee, refusing to face the danger of driving Lori back to the highway to regroup with Rick.

“We’ve got a shot to get away in one piece,” he argues, but when Lori threatens to jump from the vehicle, T-Dog relents. “You’re out of your damn minds,” he declares.