When He Talks, Everyone Listens... 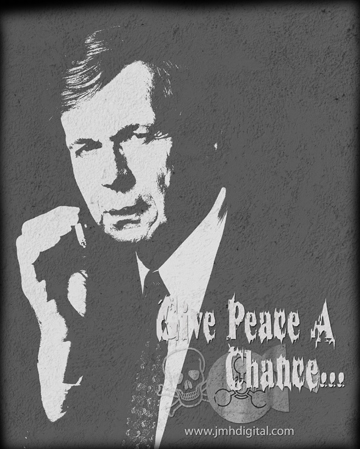 "I tried to put myself in the character’s shoes and see the world from his point of view. After all, villains don’t think they are villains."— William B. Davis talking about his character.
The Smoking Man (sometimes referred to as Cancer Man, the Cigarette-Smoking Man, CSM or C-Man) is a fictional character and the antagonist on the American science fiction television series The X-Files. He serves as the arch-nemesis of FBI Special Agent Fox Mulder. Although his name is revealed to be C.G.B. Spender in the show's sixth season, fans continue to refer to him as the Smoking Man because he is almost always seen chain-smoking Morley cigarettes and because he, like other series villains, has multiple aliases.

Although he utters only four audible words in the entire first season of the show, the Smoking Man eventually develops into the series' primary antagonist. In his early appearances, he is seen in the offices of Division Chief Scott Blevins and Assistant Director Walter Skinner, Mulder and his partner Dana Scully's supervisors. He works for a government conspiracy only known as the Syndicate, who are hiding the truth of alien existence and their plan to colonize Earth.

The Smoking Man is portrayed by Canadian actor William B. Davis. When Davis first received the role, the character was written as "just another" extra for the pilot episode. He eventually returned for small cameo appearances during the first season, making increasingly more appearances in the seasons that followed. Davis never received an award for his portrayal alone, but he was nominated for ensemble awards.
Hosted By Jeremy [Retro]