Danielle Harris and Women Filmakers are Among Friends 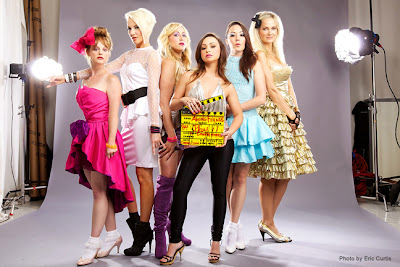 Help raise some money, to get this
project into production!
(From Site): Scream Queen Danielle Harris steps behind the camera to direct her first full-length feature film, ‘Among Friends’. The screenplay was written by and stars Alyssa Lobit. Lobit also wrote and played the lead character in the award winning film, ‘The Things We Carry’.
Chris Backus, Jennifer Blanc Biehn, AJ Bowen, Brianne Davis, Dana Daurey, Danielle Harris, Kamala Jones, Alyssa Lobit, Chris Meyer, and Tanya Newbould have all signed on to star in the picture.
The script was brilliantly written so that the production cost are low, a good portion of the funds have already been raise, but we're still need to raise a bit of money for our post-production cost.
-Jeremy [iZombie]
DONATE [click here]
MAIN SITE [click here]
Hosted By Jeremy [Retro]