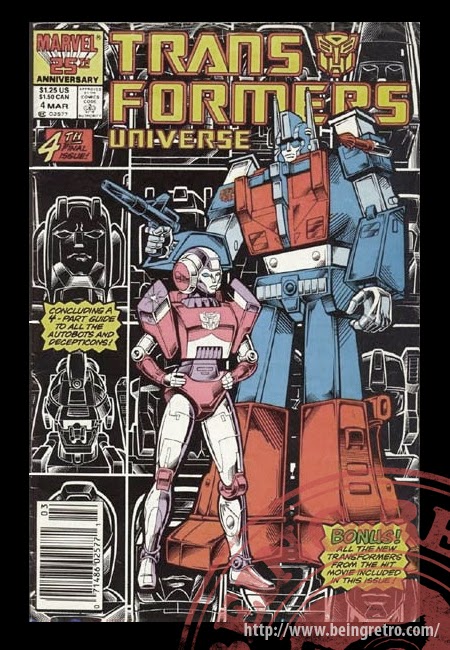 The Transformers was an 80-issue American comic book series published by Marvel Comics telling the story of the Transformers. Originally scheduled as a four issue mini-series, it spawned a mythology that would inform other versions of the saga. It also had a UK sister title that spliced in original stories into the continuity, running for 332 issues. 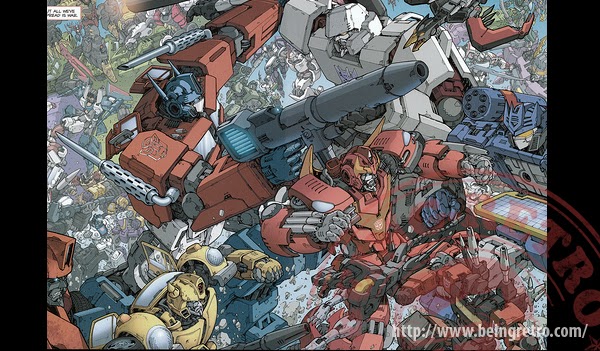