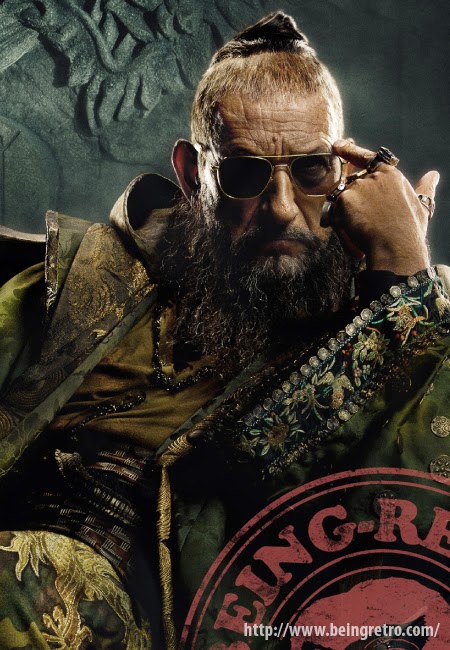 Ben Kingsley as Trevor Slattery: A British actor with substance-abuse problems whom Killian hired to portray the Mandarin, a terrorist persona in jammed television broadcasts, in which he is depicted as a leader of the international terrorist organization The Ten Rings.  Kingsley was filming Ender's Game when he was cast, and said that, "Quite soon I'll be with everybody and we'll be discussing the look and the feel and the direction of the character. It's very early days yet, but I'm so thrilled to be on board." On his performance, Kingsley stated: "I wanted a voice that would disconcert a Western audience. I wanted a voice that would sound far more homegrown and familiar—a familiarity like a teacher's voice or a preacher's voice. The rhythms and tones of an earnest, almost benign, teacher—trying to educate people for their own good." The Mandarin was initially set to appear in the first Iron Man film, but he was put off for a sequel as the filmmakers felt that he was "too ambitious for a first [film]." 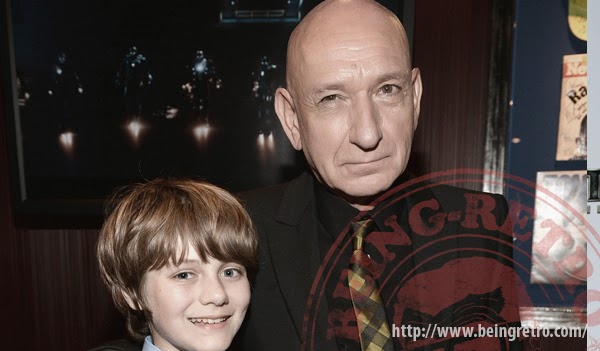 On the character, Feige stated, "The Mandarin is [Iron Man's] most famous foe in the comics mainly because he's been around the longest. If you look, there's not necessarily a definitive Mandarin storyline in the comics. So it was really about having an idea." Shane Black explains that Ben Kingsley's Mandarin is not Chinese in the film as he is in the comics in order to avoid the Fu Manchu stereotype: "We're not saying he's Chinese, we're saying he, in fact, draws a cloak around him of Chinese symbols and dragons because it represents his obsessions with Sun Tzu in various ancient arts of warfare that he studied." The filmmakers also cited Colonel Kurtz from Apocalypse Now as an influence for the character. The videos where the Mandarin give historical background to the attacks expressed how it emerged as the product of "a think tank of people trying to create a modern terrorist." Thus the Mandarin "represents every terrorist in a way," from South American insurgency tactics to the videos of Osama bin Laden.