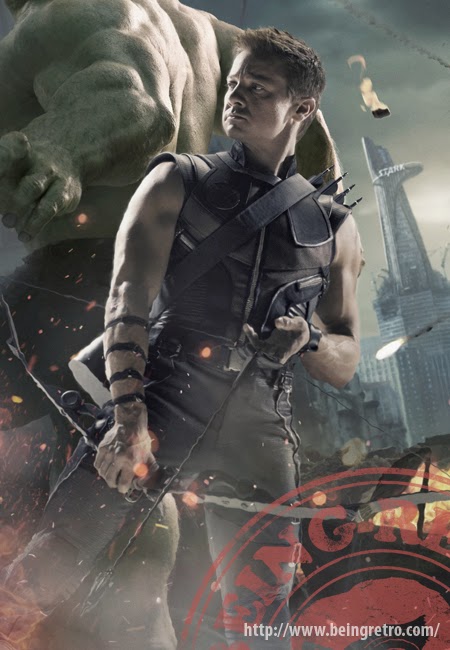 Jeremy Renner as Clint Barton / Hawkeye: A master archer working as an agent for S.H.I.E.L.D. Renner said it was a very physical role and that he trained physically and practiced archery as much as possible in preparation. About the role, Renner said, "When I saw Iron Man, I thought that was a really kick-ass approach to superheroes. Then they told me about this Hawkeye character, and I liked how he wasn't really a superhero; he's just a guy with a high skill set. I could connect to that." 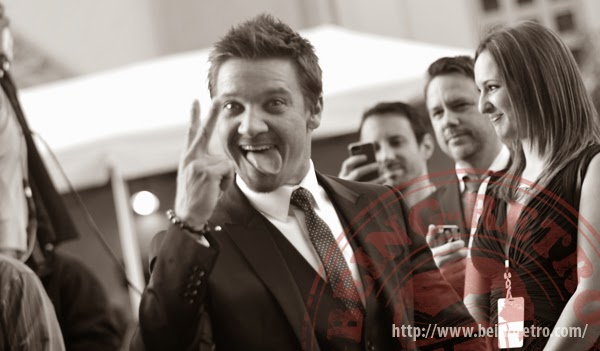 Regarding Hawkeye's sniper mentality, Renner said, "It's a lonely game. He's an outcast. His only connection is to Scarlett's character, Natasha. It's like a left hand/right hand thing. They coexist, and you need them both, especially when it comes to a physical mission." Renner said Hawkeye is not insecure about his humanity. "Quite the opposite, he's the only one who can really take down the Hulk with his [tranquilizer-tipped] arrows. He knows his limitations. But when it comes down to it, there has to be a sense of confidence in any superhero."
-------------------------
I am everywhere: TWITTER, FACEBOOK, HOWLIN’ WOLF: OLM and HBA [HORROR SITES]. Last visit MY T-SHIRTS STORE at NEATORAMA something always going on and it is one click away!
-------------------------
Hosted By Jeremy [Retro]