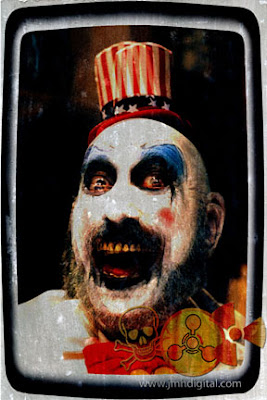 Captain Spaulding
Portrayed by Sid Haig
Homicidal clown and owner of a gas station/tourist attraction with a serial killer/freak show/horror theme. He enjoys fried chicken and has an African American brother named Charlie Altamont who is a pimp. His violent personality kicks in if someone disrespects clowns. In The Devil's Rejects he is revealed to be the patriarch of the Firefly clan and the father of Baby Firefly. Throughout The Devil's Rejects Otis refers to him as "Cutter", a nickname given to him by Charlie after Spaulding committed his first murder. Spaulding's real name is Johnny Lee Johns. He is named after Groucho Marx's character in the film Animal Crackers. 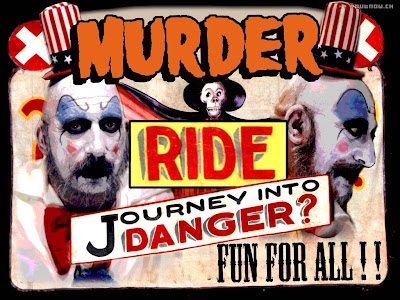