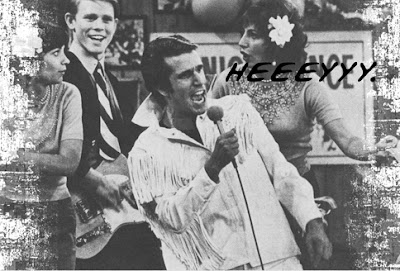 Arthur Herbert Fonzarelli (also Fonzie, The Fonz, or Fonz) is a fictional character played by Henry Winkler in the American sitcom Happy Days (1974–1984). He was originally a secondary character, but eventually became the lead. By the mid 1970s, he dwarfed the other characters in popularity. 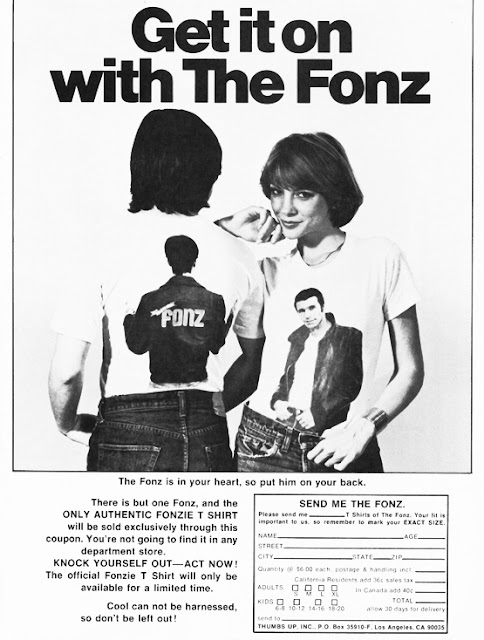 As a child, he and his mother were abandoned by his father. The only advice Fonz remembered his father giving was, "Don't wear socks in the rain." When he disappeared, he left a locked box for his son, but not a key; Arthur did everything to open the box, finally running over it with his tricycle. The contents? "The key, and that's it!" In the sixth season episode "Christmas Time", a sailor delivers a Christmas present ostensibly from his father, who wishes to make amends. Fonzie is resentful, but at the end of the episode reads his father's letter explaining why he left and opens it. He also learns that the sailor was his father, who admits in the letter that he doubted he would have the courage to reveal the truth to his son. In a later episode, Fonz unexpectedly meets a woman he believes is his mother in a diner. She convinces him she is not, but in the end, she looks at a picture of Fonz as a small child and sighs. 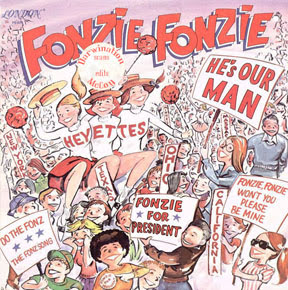 "Jumping The Shark"
The phrase "jumping the shark", a term originating from a melodramatic Happy Days scene in which Fonzie jumps on water skis over a tank of sharks, has become part of popular culture. The expression denotes the moment when a television series loses its credibility due to predictable repetition or contrived extensions of its theme, usually as a result of the writers being unable to maintain its quality indefinitely.
Hosted By Jeremy [Retro]