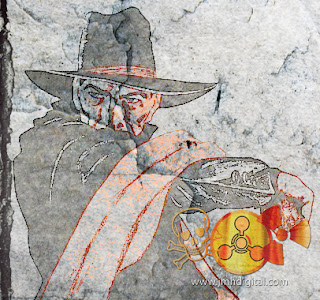 So I have had a few thoughts on what to be the new nightmare computer, I thought I would post them so far... So my idea is to pick one from everyone in a few days and let you decide, now there is still time to come up with something... remember there are great prizes at the end of the iZombie (D)rainbow. Who knows you might be the winner, only the shadow knows...
Alex J. Cavanaugh said... Alien Spy, The Matrix, Uranus

Simon said... Nikola Tesla, King Stardust the Ziggy, He Who Shalt Not Be Named, Bicthwhore [for down the road]