On the eighth Day of Creepmas: Clowns 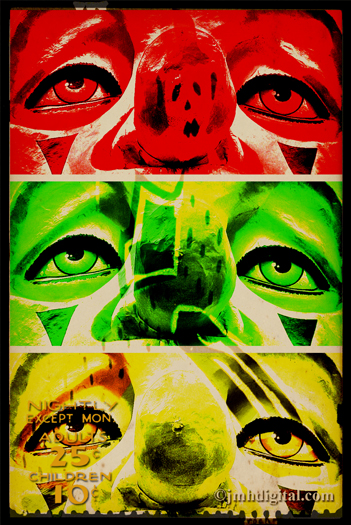 Love Me, Feed Me... Invite Me Into Your Home!
Clowns are comic performers stereotypically characterized by the grotesque image of the circus clown's colored wigs, stylistic makeup, outlandish costumes, unusually large footwear, and red nose, which evolved to project their actions to large audiences. Other less grotesque styles have also developed, including theatre, television, and film clowns. Peter Berger writes that "It seems plausible that folly and fools, like religion and magic, meet some deeply rooted needs in human society". For this reason, clowning is often considered an important part of training as a physical performance discipline, partly because tricky subject matter can be dealt with, but also because it requires a high level of risk and play in the performer.

Term coulrophobia has been coined to describe those individuals who report a fear of clowns.
I am part of the 13 Days of Creepmas "http://creepmas.blogspot.com/" which is such a great idea, fun idea...