TIFFANY SHEPIS: Voluptuous New York-born beauty Tiffany Shepis has become a princess of scream. In her films she often upstages more seasoned actresses and has some great dance grooves. Can be seen at shows like Chiller and will obviously make the move from indie schlock to mainstream films as time goes on and a good agent looks after her career. She been involved in filmmaking since the ripe old age of 12 and has appeared in numerous videos with people like Lil' Zane, Wu-Tang Clan, Dexter Holland, Run DMC and Destiny's Child video "Nasty Girl", but this particular video was never released. Tiffany also shot a spot for Nintendo but it was pulled for being too (Janet Jackson-like) raunchy. She loves blood and gore but detests violence and is a very good reason why men prefer brunettes. (Cyrus - Dark Reel - Man vs Woman - Exit To Hell - Hallows Eve - Do Not Disturb - The Maladjustied - Wrath of the Crows) http://www.screamshepis.com/ 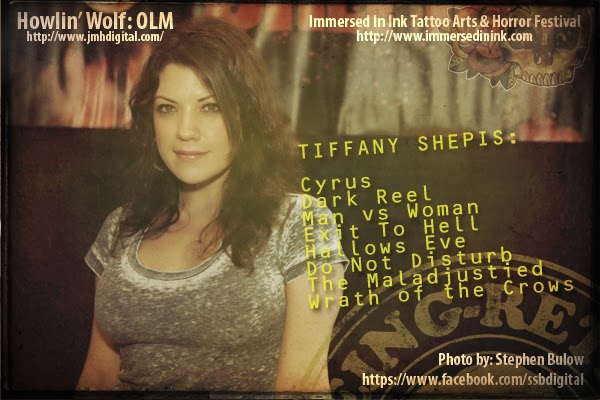 She played host on the spot for the event and at some point helped me to a chair when she noticed I was looking rather dizzy from the girl with the hooks in her back.
-Jeremy [Retro] 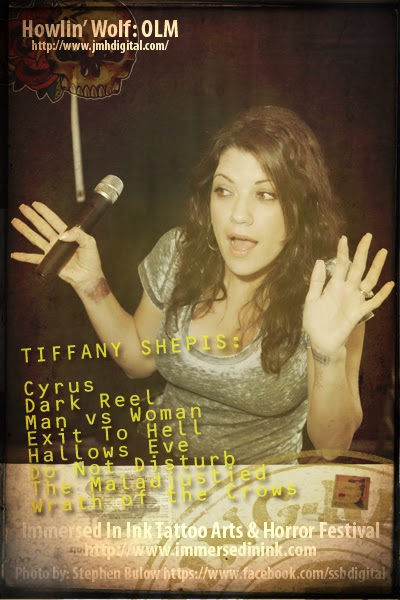