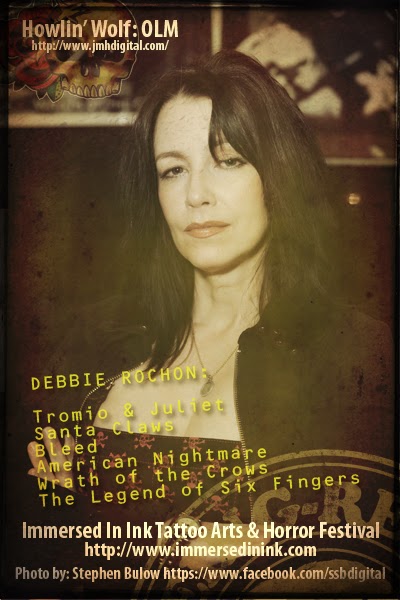 DEBBIE ROCHON: is an Indie actress who has been in 200 plus films - mostly horror. Starting as a pre-teen in the cult punk rock classic LADIES AND GENTLEMEN: THE FABULOUS STAINS! in which she worked as an extra for 3 months. There began her cinematic journey. After moving in NYC in 1984 Debbie studied acting for the next decade at such acting studios as Lee Stasberg, H.B. Studios and her favorite The Michael Chekov Studio. She worked on stage extensively with 4 NYC theatre companies before starting to land small roles in genre films beginning in 1988. She worked her way up to leading lady status and continues to enjoy creating complex and off kilter characters for the screen. Debbie is equally drawn to broad absurdist comedy as she is to deeply dramatic horrifying horror roles. (Tromio & Juliet - Santa Claws - Bleed - American Nightmare - Wrath of the Crows - The Legend of Six Fingers) www.debbierochon.com 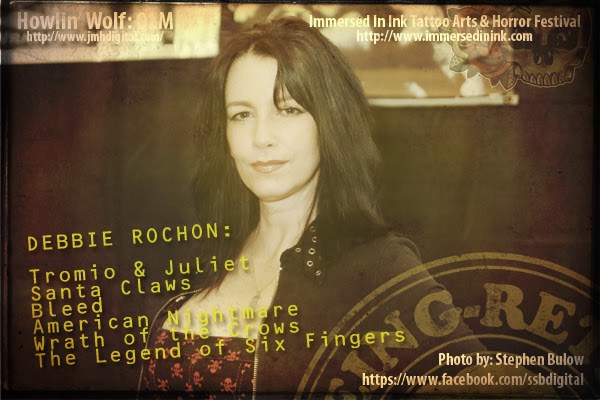 Okay, I am a huge fan of her work and found myself very much starstruck and babbled out some words... this only happens once in awhile. I think she knew it too, cause I get all um's and ah's... though she played it off very sweet.
-Jeremy [Retro]