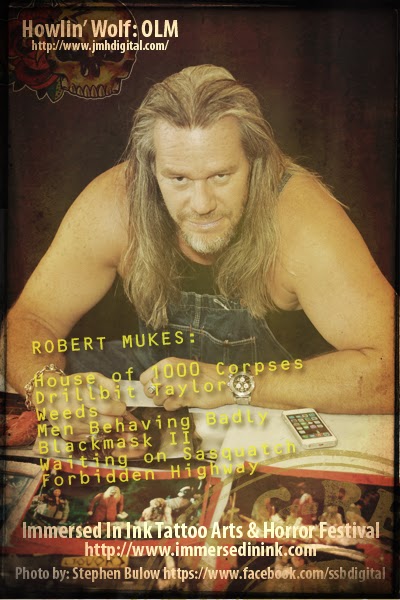 ROBERT MUKES: Hailing from Indianapolis, Indiana, Mukes always had the goal of acting professionally in mind. A sports scholarship for basketball was his ticket out to the west coast. Mukes took the drive and determination he acquired from professionally playing basketball and applied those qualities into his acting. Robert has spent an extensive amount of time receiving professional training in the field of acting. Standing at 6'10, Mukes uniquely stands out from his fellow actors. His light, charasmatic presence lends to the humorous side of his characters, while the slight darkness that lingers in his physicality lends to the darker more serious side of his characters. This mixture creates a unique and fresh blend that has never been seen before in Hollywood. [House of 1000 Corpses, Drillbit Taylor, Weeds, Men Behaving Badly, Blackmask II, Waiting on Sasquatch, Forbidden Highway] http://www.robertmukes.com/ 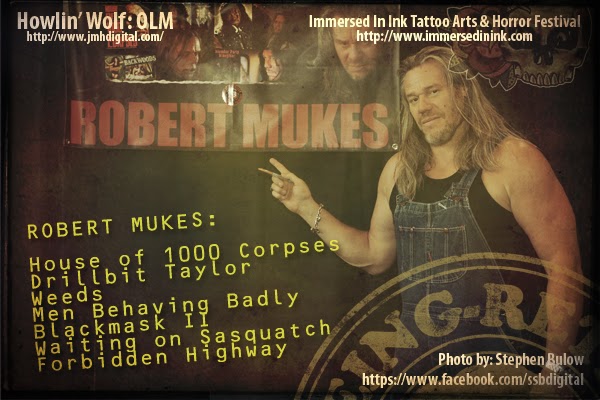