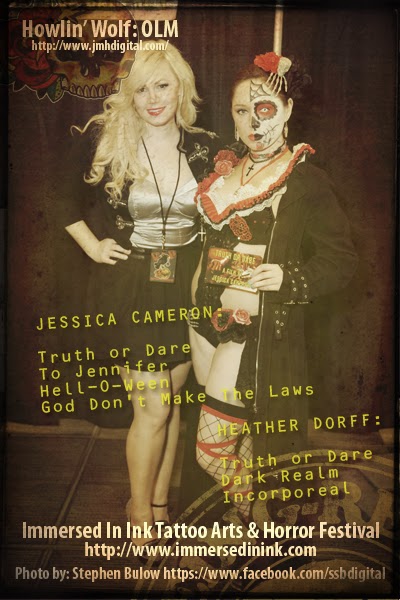 HEATHER DORFF: is a Chicago based, award winning actress, writer, & producer. Born and raised in Chicago, she has also spent time living in Georgia, New York, and Louisiana, giving her a wide perspective of people and cultures around the country. [Truth or Dare, Dark Realm , Incorporeal] http://heatherdorff.com/

JESSICA CAMERON: was born and raised in Owen Sound, Ontario in Canada and moved to Toronto to study fashion at Ryerson University. After finishing her degree she moved to Ohio to work as a fashion designer and in her spare time she decided to try an acting class. The acting bug bit, and Jessica decided to make acting her full time career. In the last few years she has been cast in more then 50 projects including music videos, TV shows and feature films. In 2010 she won an industry award for being a Rising Movie Star. Some of her favorite recent performances include: playing Princess Areola in the film "Potpourri" directed by Elliot Diviney and she starred with horror icon Steven Geoffrey's in the film "Mr. Hush". [Truth or Dare, To Jennifer, Hell-O-Ween, God Don't Make The Laws] (FACEBOOK) 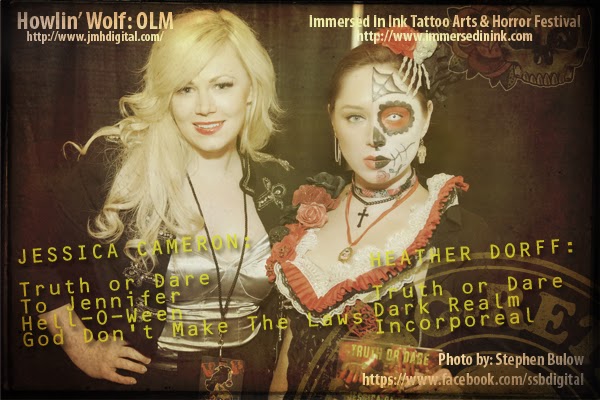