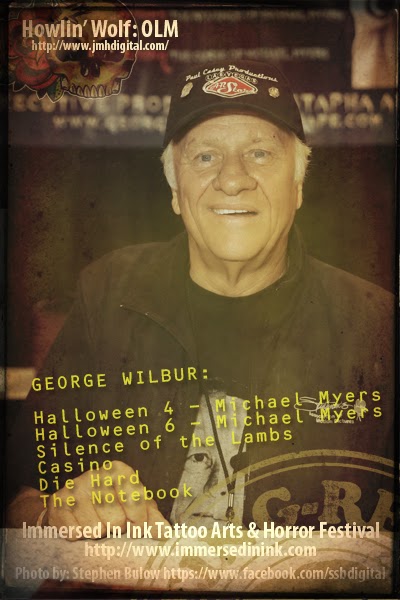 GEORGE WILBUR: is a veteran stuntman whose horror stardom came with playing the role of MICHAEL MYERS in Halloween 4: The Return of Michael Myers and Halloween 6: The Curse of Michael Myers. His career spans almost 40 years and is not limited to the Halloween franchise but also includes roles in such memorable films as: The Silence of the Lambs, A Nightmare on Elm Street: The Dream Child, Poltergeist, The Beastmaster, Star Trek: The Wrath of Khan, The Notebook, Spiderman, Blazing Saddles, Tim Burton’s Mars Attacks, The Running Man, Total Recall, Escape from New York, and Planet of the Apes to name a few. (Halloween 4 - Halloween 6 - Silence of the Lambs - Casino - Die Hard - The Notebook) http://www.georgewilburtheshape.com/