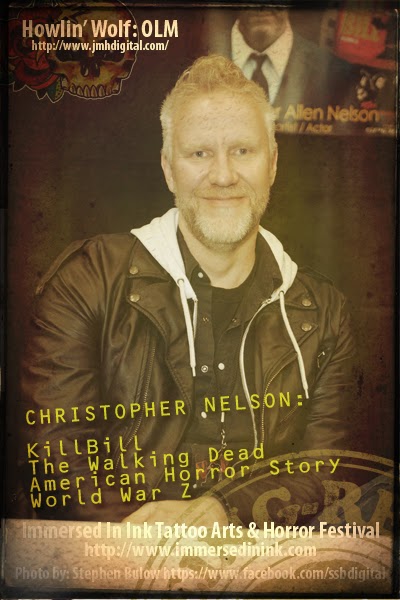 CHRISTOPHER NELSON: Christopher Allen Nelson was born in Pittsburgh, Pennsylvania and moved to Los Angeles at the age of 15. While studying acting, he established himself as one of the top Special FX Make-up Artists in the industry, learning acting first hand from the likes of Dustin Hoffman, Jeremy Irons, Mike Myers, Robin Williams, and Christopher Walken. His first acting break came when Quentin Tarantino cast him as "Tommy: The Groom" opposite Uma Thurman in "Kill Bill Volume 2". Tarantino then hired Christopher again when he directed the series finale of "CSI". Christopher was also a regular in the Spike TV comedy series "The Factory" as Don. (Kill-Bill - The Walking Dead - American Horror Story - World War Z) 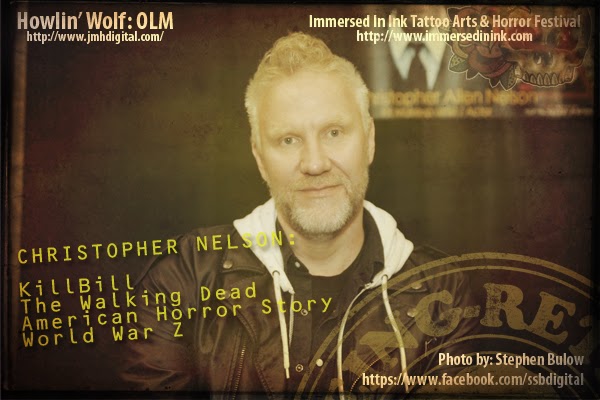