MOTEL HELL...O HAS A GIFT SHOP and something always COOKING! 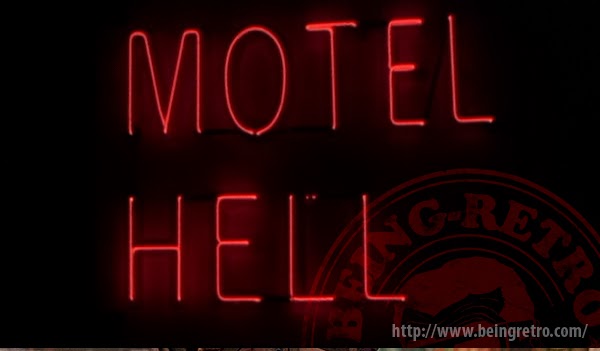 Motel Hell is a 1980 horror comedy film directed by Kevin Connor and starring Rory Calhoun as farmer, butcher, and meat entrepreneur Vincent Smith. It is often seen as a satire of modern horror films such as Psycho and The Texas Chain Saw Massacre.

Because of its low budget nature, the original intent was to make a serious horror film, with moments of disturbing wit and irony. 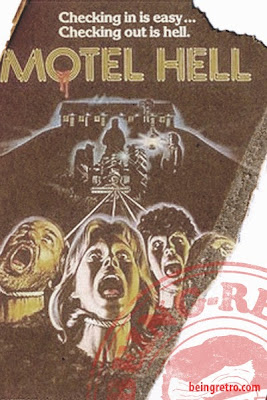 Farmer Vincent Smith and his younger sister Ida live on a farm with a motel attached. It's called “Motel Hello,” but the neon ‘O’ flickers. Vincent smokes meats which are said to be the most delicious in the area. The secret is human flesh, and Vincent has the areas around his motel strewn with various booby traps to catch victims. The victims are restrained, then placed in a 'secret garden,’ buried up to their necks, and have their vocal cords cut to prevent them from screaming. They are kept in the ground and fed until they are ready for harvest. Ida helps Vincent, who feels he does no wrong and sees the victims as animals.

Vincent shoots out the tires of a couple on a motorcycle. The male, Bo, is placed in the garden, but Vincent brings the female, Terry, to the motel. The next morning, Vincent and Ida's naive brother, Sheriff Bruce, arrives. Vincent tells Terry her boyfriend died in the accident and was buried: a trip to the graveyard shows his crude grave marker. Terry, having nowhere else to go, decides to stay at the motel. Vincent and Ida subsequently capture more victims for the garden while Vincent uses his folksy charm to woo Terry, much to Bruce's dislike, who tries to woo her himself without much success.

Vincent captures more victims by placing a pack of cardboard cow roadblocks to entice victims, and luring in a pair of swingers who have read a fake ad and believe the hotel to be a swing joint. The next day, he suggests he teach Terry to smoke meat. Ida becomes jealous and attempts to drown Terry, but Vincent arrives to save her. This is catalyst for Terry, who tries to seduce Vincent. He agrees to marry her the next day. 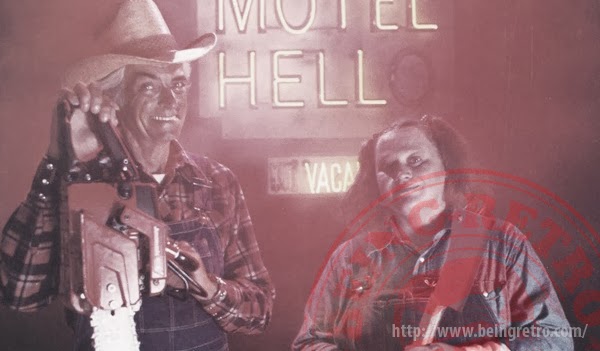 Bruce drives down to the motel to protest Terry's choice. He tells Terry Vincent has 'syphilis of the brain,’ perhaps providing a reason for his behavior, before Vincent appears and chases his brother with a shotgun. To prepare for the wedding, Vincent, Terry, and Ida drink champagne, but Ida drugs it so Terry passes out. Ida and Vincent then prepare some victims for the wedding. Meanwhile, Bruce does detective work and becomes suspicious of his brother. 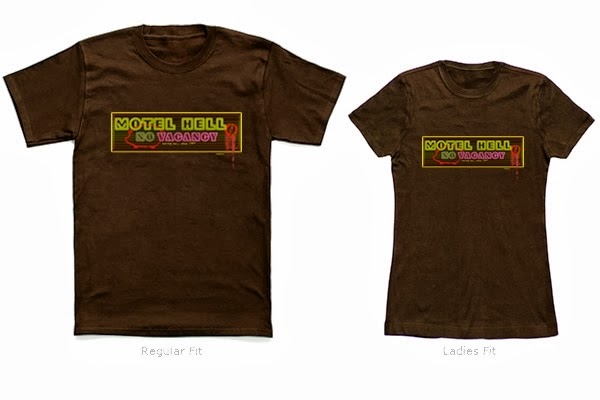 Well just because I loved this or hated this as a child when I had seen it, now that memory was waiting to sneak out. I kept the sign in my mind and thought what the hell, let's do it up right and so I did. Did you see this film, do you know what I am talking about... are you fan then can I suggest you CLICK HERE!
-Jeremy [Retro]