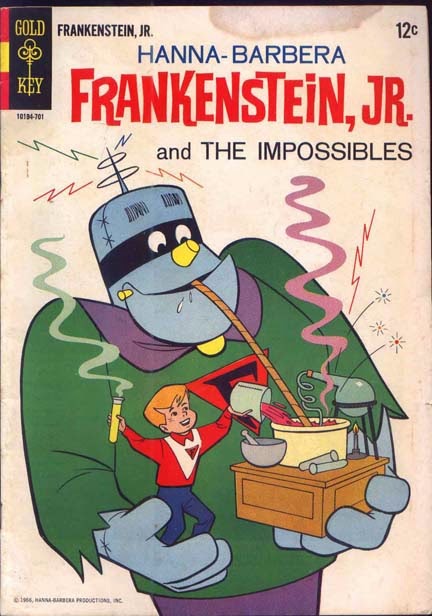 Frankenstein, Jr. and the Impossibles was an American Saturday morning cartoon produced by Hanna-Barbera Productions in 1966. It premiered on September 10, 1966, and ran for two seasons. 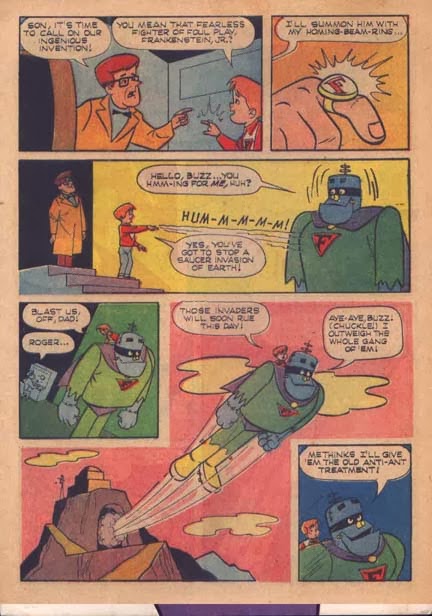 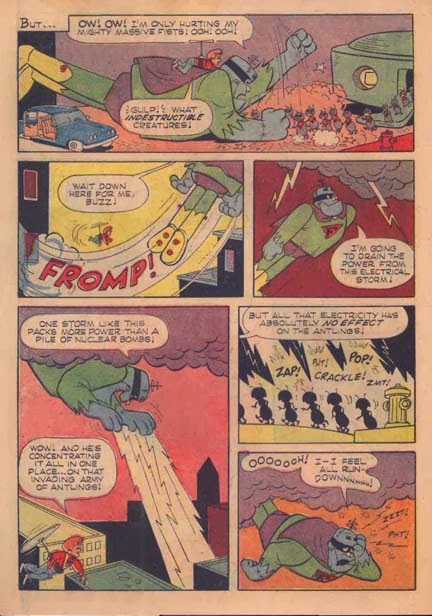 The program contained two segments, which each served as a middle ground between Hanna-Barbera's traditional cartoon early output and its superhero-based late-1960s cartoons.

Frankenstein, Jr.: Taking place in Civic City, boy scientist Buzz Conroy (voiced by Dick Beals) and his father Professor Conroy (voiced by John Stephenson) fight supervillains with the aid of a powerful heroic robot named "Frankenstein Jr." (voiced by Ted Cassidy). "Frankie", as Buzz usually referred to him, was more than a little reminiscent of the title character in Gigantor. Buzz built "Frankie" and activated him through an energy ring.

I sort of remember this one, but not like I should... how about you?
-Jeremy [Retro]