Go To Hell and find yourself trapped between Light and Pinhead! 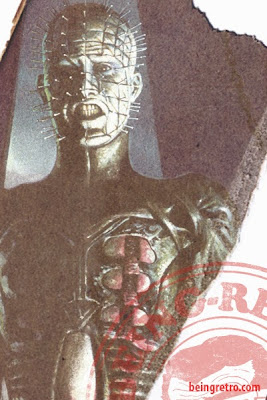 In Morocco, Frank Cotton buys a puzzle box from a dealer. In a bare room, Frank solves the puzzle box. Hooked chains emerge from it and tear into his flesh. Later the room is filled with swinging chains spattered with the remnants of Frank's body. A black-robed figure picks up the puzzle box and returns it to its original state, restoring the room to normal.

Frank's brother, Larry, has decided to move into his childhood home in an attempt to rebuild his strained relationship with his second wife, Julia, who had an affair with Frank before marrying Larry. The abandoned home shows traces of Frank's recent presence, but Larry assumes Frank has fled the authorities. Larry's teenage daughter, Kirsty, has chosen not to live with her stepmother and moves into her own home. 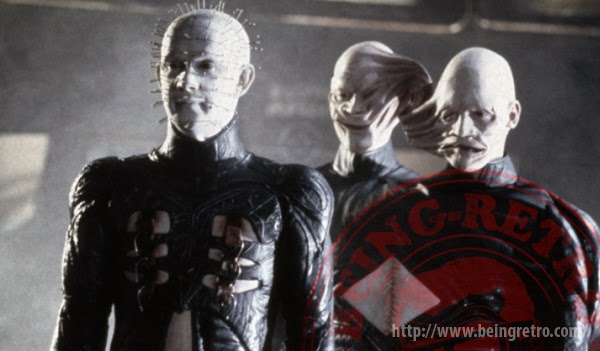 Larry cuts his hand on a nail, and drips blood on the attic floor, which conceals the remnants of Frank's body. The blood partially restores Frank to life and consciousness. That night, Julia finds Frank in the attic. Still obsessed with him, she agrees to harvest blood for him so that he can be fully restored and they can run away together. Julia begins picking up men in bars and bringing them back to the house, where she murders them. Frank consumes their blood, regenerating his body. Frank explains to Julia that he had exhausted all sensory experiences and sought out the puzzle box on the promise that it would open a portal to a realm of new carnal pleasures. When solved, the box opened up a portal to the realm of the "Cenobites", who subjected him to the extremes of sadomasochism. 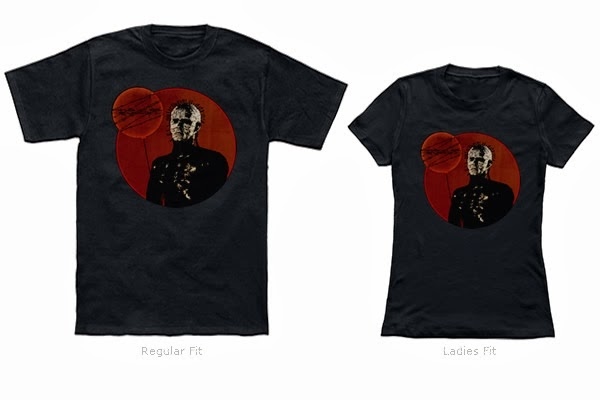 What is your pleasure, many think this series of film are very disturbing and I agree... I have taken this and put a little weird cheer. Okay it's still disturbing, but I had an idea and thought balloons and if you look you will find a few fun villains with the need for helium. All I can say again is "What is your pleasure"?... CLICK HERE AND SEEK YOUR ANSWER!
-Jeremy [Retro]