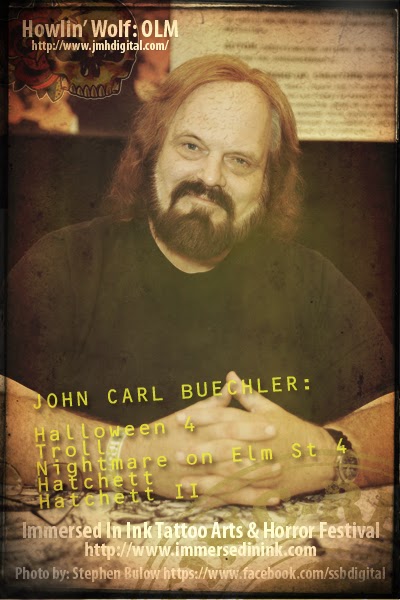 JOHN CARL BUECHLER: has made his name known as an accomplished writer, producer, director and special effects artist. Since his early years, Buechler was thrilled with a passion of special effects and formed his own company, Mechanical Imageries Inc., for creating special effects for a handful of motion pictures in the science fiction and horror/fantasy genre. Although he is known for his fascinating make-up work, as a director, Buechler made his debut on an anthology fantasy film entitled Ragewar (1984). A year later, he directed and also designed the special effects for another fantasy film called Troll (1986), which became a major success during its theatrical release in 1986. Troll (1986), Ragewar (1984) and another Buehcler-directed effort, Cellar Dweller (1988), were films that were produced by Charles Band's then-collapsing Empire Pictures, in which Buechler often worked on dozens of Band's films as an effects artist. His work as a director led him to direct the seventh sequel to the ever famous Friday the 13th (1980) for Paramount Pictures. Friday the 13th Part VII: The New Blood (1988), like its many sequels was another box-office success, even though Buechler at the time was skeptical about directing the film. In recent years, Buechler has continued on his long accomplished work in special effects and many of his directorial efforts have been release to directly to video. [Halloween 4, Troll, Nightmare on Elm St 4, Hatchett, Hatchett II] 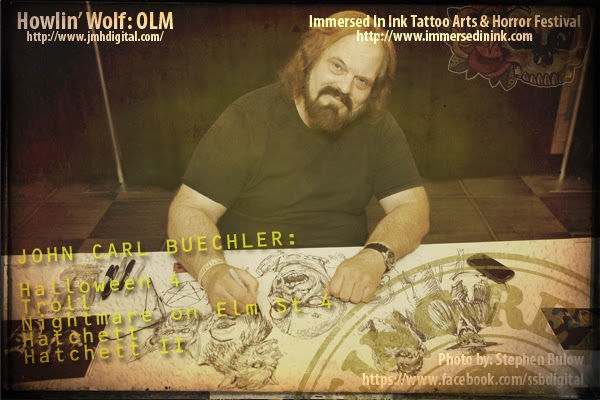 I know how cool is this, I have been a fan of his work for years and now I get the great chance to chat, shake his hand. I was at another point where I could not speak, just because... of it was a true honor to be in the same area with him. Ice was broken when we started talking about the art he had been drawing on the table, I of course asked him for it... we laughed. I did see later someone steal it with a large cutting knife, this while John was taking a break... dammit it was suppose to be mine.
-Jeremy [Retro]
-------------------------
I am everywhere: TWITTER, FACEBOOK, HOWLIN’ WOLF: OLM and HBA [HORROR SITES]. Last visit MY T-SHIRTS STORE at NEATORAMA something always going on and it is one click away!
-------------------------
Hosted By Jeremy [Retro]