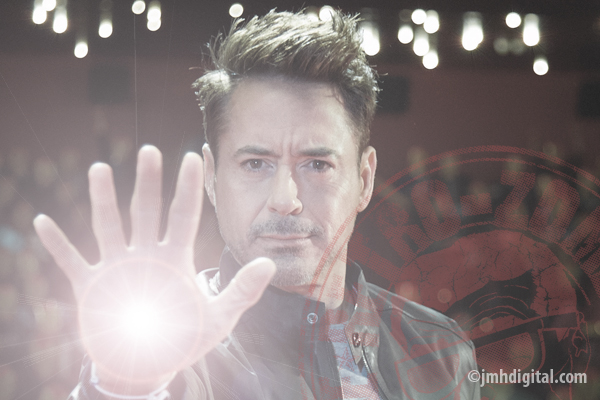 So you have by now have seen IRON MAN III and if you didn't... maybe soon! Here are some of the things you might not know...

Marvel’s “Iron Man 3” blends two classic storylines from the “Iron Man” comics, bringing Tony Stark’s archenemy the Mandarin into play and combining that element with the Extreme storyline, which deals with the biological enhancement of humans.

Production on Marvel’s “Iron Man 3” commenced on May 25, 2012, in Wilmington, North Carolina, where the production shot onstage at the Sony Screen Gems Studios and various locations in and around the city of Wilmington. Other filming locations included Raleigh, N.C. and Miami, Fla.

Academy Award®–winning actor Ben Kingsley plays the Mandarin, a frightening, modern-day villain bent on destroying Tony Stark and everything he stands for. To define the Mandarin’s persona, Kingsley came up with the Mandarin’s enigmatic voice and costume designer Louise Frogley collaborated with Marvel’s Head of Visual Development, Ryan Meinerding, to pull off a highly original look to his wardrobe.

For the first time ever in an “Iron Man” movie, Pepper Potts, played by Gwyneth Paltrow, gets to don a suit in Marvel’s “Iron Man 3.”  Paltrow did not mind wearing the suit, finding it to be light and comfortable—not to mention that her kids thought she was really cool.

The filmmakers looked far and wide for a young actor to play the part of Harley, a boy Tony Stark encounters when he is stranded in Tennessee. The part went to Ty Simpkins, whose natural and honest interaction with Robert Downey Jr. was just what the filmmakers were looking for. Ty was very surprised and elated when Robert Downey Jr. himself called to tell him he had won the part.

Jon Favreau appears again as Happy Hogan, Pepper and Tony’s trusted bodyguard, chauffeur and friend. For the first time in Marvel’s “Iron Man” franchise, Favreau stepped into the role of executive producer leaving the directing to Shane Black. Black was grateful to have Favreau’s input and experience so readily available, both on and off set.

In the Marvel’s “Iron Man 3” story, after the events in New York with The Avengers, the U.S. Government needed a weapon that it could rely upon to protect the country, so it turns to James Rhodes (Don Cheadle) to man the revamped War Machine armor, which has been reconfigured, painted red, white and blue and rebranded as The Iron Patriot.

When last seen in “Marvel’s The Avengers,” Tony Stark was wearing the Mark 7 suit. When Marvel’s “Iron Man 3” opens, we see him in the Mark 42, so Stark’s been spending a lot of time tinkering in his workshop.  The Mark 42 is called a prehensile suit, which allows individual pieces of the suit to fly to Stark and latch onto him at his command; however, the suit is definitely still a prototype.

For the first time in the “Iron Man” film franchise, the filmmakers go deeper into revealing more about Tony Stark’s Hall of Amor. The Hall of Armor houses all of the suits that Stark conceived, representing any and all of his ideas regarding suit technology.

Marvel’s “Iron Man 3” brings back the notable cliffside Stark Mansion. This set was built on a soundstage in Wilmington, N.C. and required 16 weeks of construction and set decoration in order to get it ready. The set was built on an impressive moving gimble, which allowed the entire structure to be tilted 45 degrees and reset at a moment’s notice, providing for the dramatic stunt work required to film the House Attack sequence.

For the filmmakers, creating the small town where Iron Man crash lands after his home is destroyed was something that could not be done on stage, so the production headed to Rose Hill, North Carolina. Rose Hill has its own claim to fame for having the world’s largest frying pan, which is 15 feet in diameter, weighs two tons and can cook 365 chickens at a time.

Filming in Rose Hill, North Carolina, was no easy task.  As if five straight weeks of night shoots weren’t grueling enough, the short summer days made for a tight schedule. The very complicated and elaborate sequences meant that the crew was always racing to complete work before dawn broke.

Some of the exterior shots in Rose Hill were winter scenes complete with snowfall. Since it was summer in North Carolina during filming, 90-degree temperatures were common, but the local background extras took it all in stride, despite the fact they were dressed in full winter clothing. 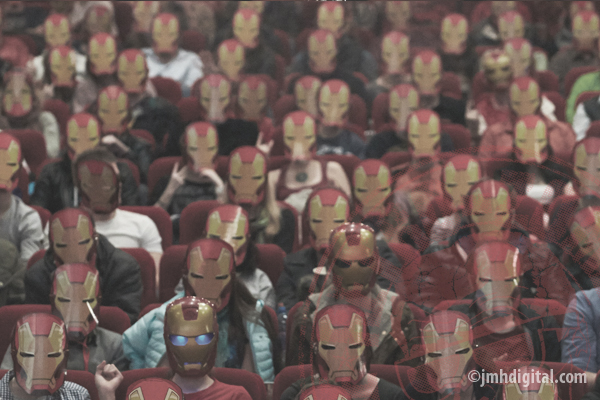 Marvel’s “Iron Man 3” showcases one of Marvel Studios’ most complicated action sequences to date.  In the film, 13 people fall out of a plane and Iron Man attempts to save them all—even though he can only carry four. With the help of the Red Bull skydiving team, and with rigorous and meticulous planning by second-unit director Brian Smrz and stunt coordinator Jeff Habberstad, 630 jumps over 10 days went off without a hitch.

The majority of scenes involving The Mandarin (Ben Kingsley) were shot in Miami. Production designer Bill Brzeski created The Mandarin’s compound there by shooting the exteriors on the 10-acre grounds of the Vizcaya Museum and Gardens, a National Historic Landmark built in 1916, and the interiors were shot at a private waterfront residence in South Beach.

Prop master Russell Bobbit, who worked on Marvel’s “Iron Man” and “Iron Man 2,” returned to work with Marvel Studios on “Iron Man 3.” One of Russell’s favorite props was The Mandarin’s set of ten rings. Bobbit collaborated with jewelers through several concepts and manufactured specific stones for the rings, giving each ring a custom paint job.  The process took a few months in order to get the rings right and ready for Ben Kingsley’s first day. Bobbit was able to use the same “ten rings” images he designed for use in the first “Iron Man” film.

Florida pop-art artist Bask was hired to create distinctive artwork for the office and bedroom of the Mandarin’s residence that would mesh with the villain’s persona. Although the basis of Bask’s work is pop art, it is infused with influences from comic books, graffiti and punk rock fliers. 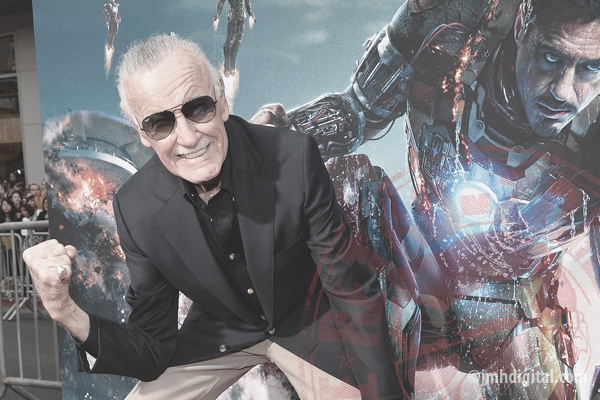 On Friday, July 6, 2012, the production moved to a local Wilmington hospital to shoot Tony Stark delivering an impromptu message to the world’s press. While the crew was only there for six hours,  this happened to be the exact same time executive producer Stephen Broussard and his wife Claire were delivering their first child at that very same hospital. Once his wife and new baby boy, Rex Sebastian Broussard, were confirmed healthy and happy, Broussard was actually able to visit his friends on set for a few minutes. He describes the whole day as “even more surreal and wonderful than I would have thought. Work followed me to the birth of my son.”  Soon after, at  the “half-way there” party for the crew, Robert Downey Jr. raffled items to raise money for the hospital’s Women’s & Children’s ward.