OCTOBER: PENNY FOR YOUR THOUGHTS... 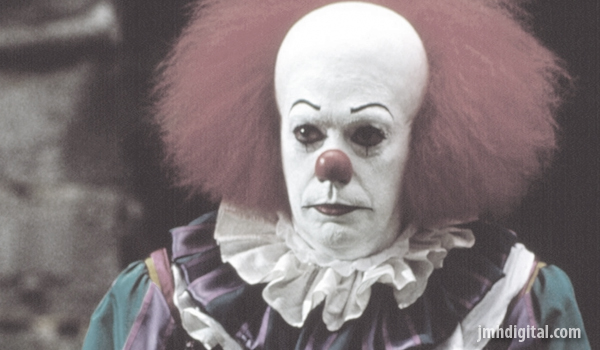 It, also known as Pennywise the Dancing Clown and Bob Gray, is the title character and main antagonist of Stephen King's 1986 horror novel It. "It" is a shapeshifting entity who every three decades preys on the local children of Derry, Maine, and, in order to kill them, takes the form of its victims' greatest and most terrifying phobias. "It" can shapeshift, and also possesses a power to control people's actions to achieve evil aims; "It" can take over a person's mind. 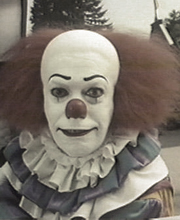 1990 psychological horror/drama miniseries based on Stephen King's novel of the same name. The story revolves around an inter-dimensional predatory life-form, which has the ability to transform itself into its prey's worst fears, allowing it to exploit the phobias of its victims. It mostly takes the form of a sadistic, wisecracking clown called Pennywise the Dancing Clown. The protagonists are The Losers Club, a group of outcast kids who discover Pennywise and vow to destroy him by any means necessary. The series takes place over two different time periods, the first when the Losers first discover Pennywise as children, and the second when they're called back as adults to defeat Pennywise, who has resurfaced.

It aired as a two-part television film on November 18 and November 20, 1990 on ABC, and follows the plot of the novel. The miniseries was filmed in New Westminster, British Columbia in mid-1990.  The film's cast includes Dennis Christopher, Annette O'Toole, John Ritter, Harry Anderson, Richard Thomas, Tim Reid, Richard Masur, Michael Cole, and Tim Curry as Pennywise.
-----------------------------