OCTOBER: WHO IS SEXIER, LILY MUNSTER or MORTICIA ADDAMS? 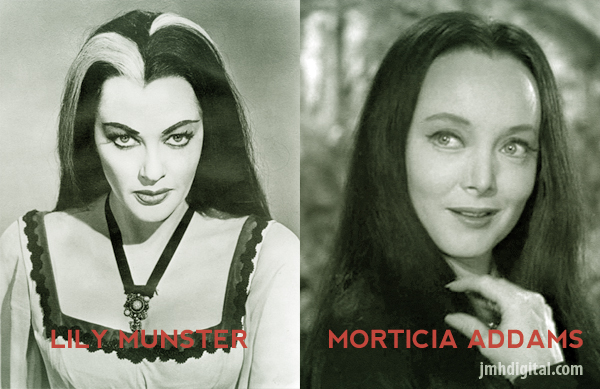 Whoa Momma... who might you think to be the Sexier Mother? Creepy thought, maybe...
-Jeremy [Retro]