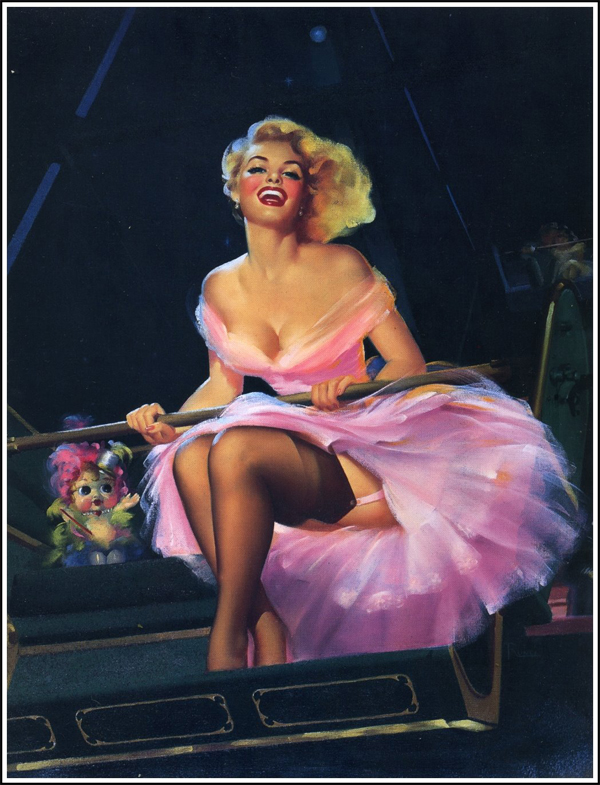 Edward Runci  (July 4, 1921-July 1986) He was a Sicilian-born painter who moved to the United States in the 1930s.  Runci's career took off after World War II and he was well known for his paintings of pin-up girls as well as his advertisements for companies such as Coca-Cola.  Although most known for his paintings of women, Runci also painted clowns, landscapes and was a portraitist for the Hollywood elite.  Runci spent his last decades in Big Bear Lake, CA where he had a studio and art school.