It's a MURDER of Crows Along the TOMB! 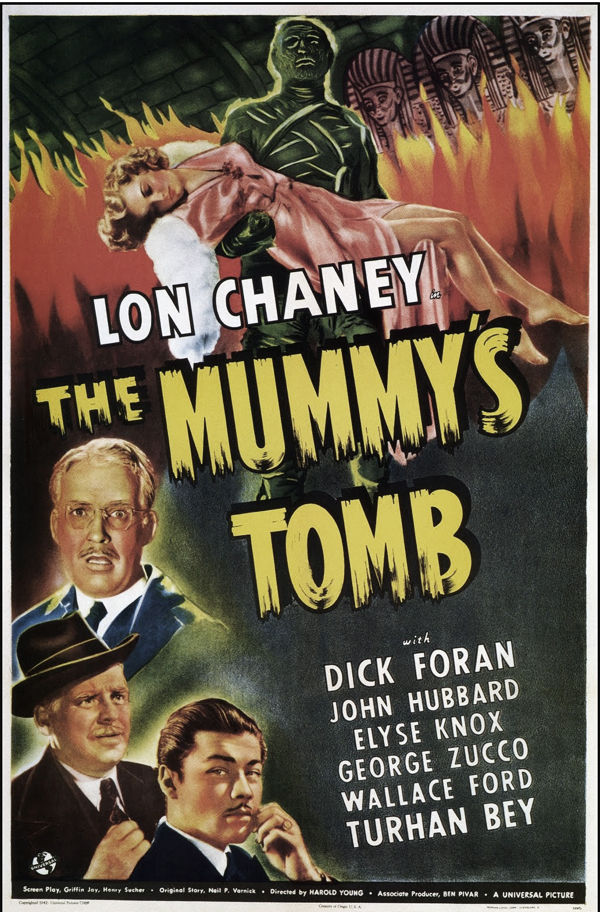 The Mummy's Tomb is the 1942 horror film sequel to The Mummy's Hand (1940). Lon Chaney, Jr. disliked the role of Kharis the mummy. Make-up artist Jack Pierce spent up to eight hours to wrap Chaney. A rubber mask was used for long shots. For unknown reasons, Wallace Ford's character's name is changed from Jenson from the previous film to Hanson in this film.