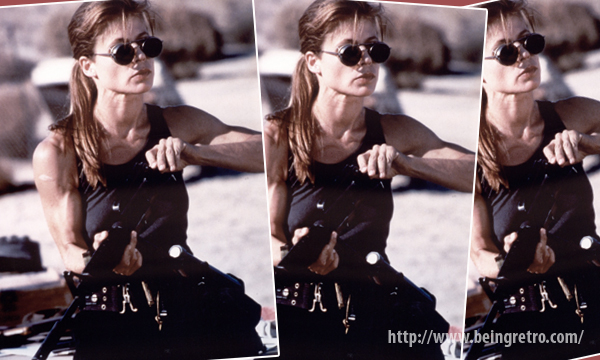 Terminator 2: Judgment Day is the 1991 sequel to the original Terminator film released by TriStar Pictures. It is co-written, directed, and produced by James Cameron and stars Arnold Schwarzenegger, Linda Hamilton, Edward Furlong and Robert Patrick. After the machines failed to prevent John Connor from being born, they try again in 1995, this time attempting to kill him as a child with a more advanced terminator, the T-1000. As before, John sends back a protector for his younger self, a reprogrammed Terminator, identical to the one from the previous film. After eleven years of preparing for the future war, Sarah decides to use the same tactics the machines used on her: prevent Skynet from being invented by destroying Cyberdyne Systems before they create it. 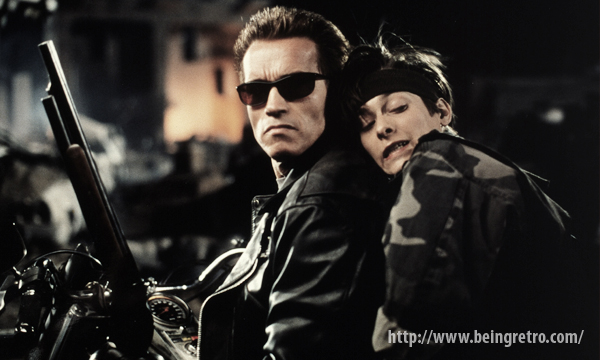 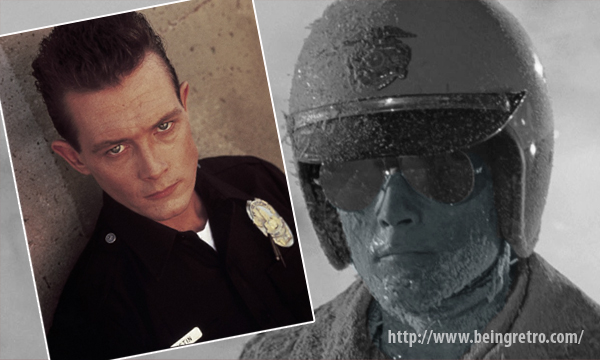 THE FUTURE IS SO BRIGHT I HAVE TO WEAR SHADES!
-Jeremy [Retro]