Terminator 3: Rise of the Machines (2003) - WELCOME TO TERMINATOR WEEK! 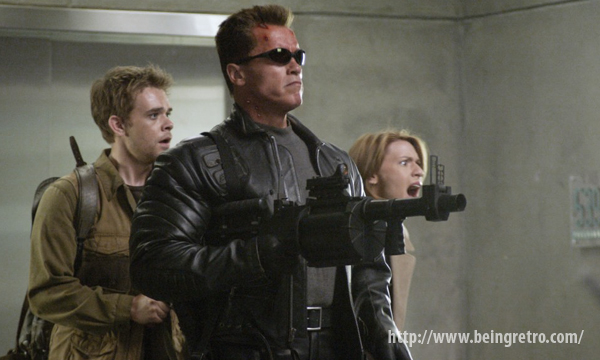 Terminator 3: Rise of the Machines is the 2003 sequel to Terminator 2 released by Warner Bros. domestically and Columbia Pictures internationally, directed by Jonathan Mostow and starring Arnold Schwarzenegger, Nick Stahl, Claire Danes and Kristanna Loken. As a result of the destruction of Cyberdyne at the end of T2, the Skynet takeover has been postponed, not averted. In a last attempt to ensure a victory by the machines, a new terminator, the T-X, is sent back to kill as many of John Connor's future lieutenants as possible, including John Connor and his future wife Kate Brewster. After Connor's future self is terminated by a version of his previous protector, Kate reprograms it and sends it back to save them both from the T-X. 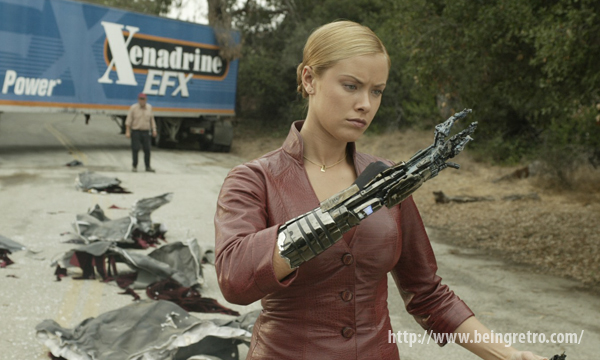 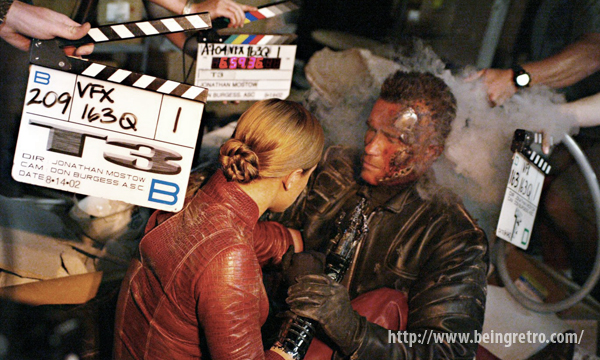 Just because we try to take over the world, doesn't mean we should!
-Jeremy [Retro]