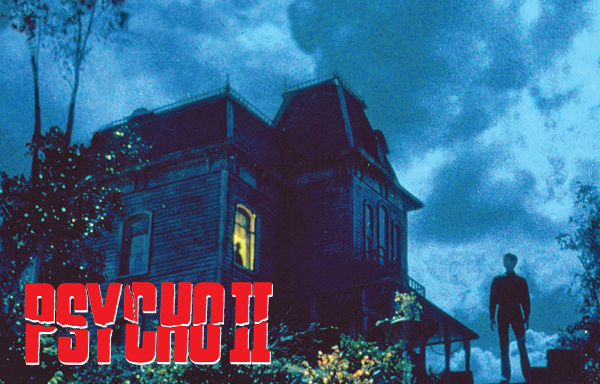 In Psycho II, the first sequel to the original film, Bates is released from the institution 22 years after his arrest, seemingly cured, and he meets Mary Loomis — Marion Crane's niece — with whom he falls in love. However, a series of mysterious murders occurs, as well as strange appearances and messages from "Mother", and Bates slowly loses his grip on sanity. The mysterious appearances and messages turn out to be a plot by Lila Crane to drive him insane again in order to get him recommitted. The actual murders turn out to be the work of his aunt — Norma's sister, Emma Spool — who shares the family's history of mental illness and claims to be Norman's real mother. Before Bates discovers this, however, Mary Loomis is shot dead by the police during a confrontation with Bates, and Spool murders Lila. When Spool tells Bates that she is his mother, he kills her and embalms her body while assuming the "Mother" personality once again. 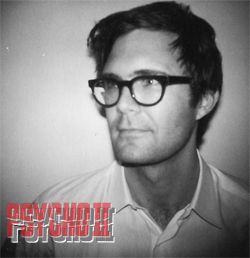 Osgood Robert "Oz" Perkins II (born February 2, 1974) is an American actor and director. Perkins' first acting role was in 1983's Psycho II, in which he briefly appeared as the twelve-year-old version of the Norman Bates character his father had portrayed. Since then, he has appeared in the 1993 film [adaptation of the play] Six Degrees of Separation, the 2001 movie Legally Blonde as, "Dorky David," and he appeared in theatrical productions including Not Another Teen Movie and Secretary, and on episodes of Alias and other television shows. He also has a brief role in the 2009 film Star Trek as a Starfleet Academy trainee. In the award winning indie film La Cucina he plays Chris, opposite Leisha Hailey.

He was born in New York City, New York, the elder son of the actor Anthony Perkins and the photographer and actress Berry Berenson, who was killed in the September 11 attacks. He also is the brother of musician Elvis Perkins, a grandson of the stage actor Osgood Perkins, a nephew of the actress Marisa Berenson, and a great-grandson of the fashion designer Elsa Schiaparelli, who was a great-niece of Giovanni Schiaparelli, the Italian astronomer. [source: Wikipedia] 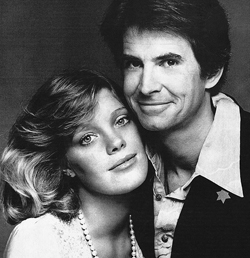 Born Berinthia Berenson in New York in 1948, Berenson was a noted photographer and actress and was the sister of model-turned-actress Marisa Berenson (of "Barry Lyndon" fame). Berenson met her husband, actor and star of Alfred Hitchcock's original version of Psycho (1960), Anthony Perkins on the set of his film Play It As It Lays (1972) and married him in 1973. The couple raised 2 sons and remained married until Perkins' death of an AIDS-related illness in 1992. Listed on the flight manifest as Berinthia Perkins, Berenson was killed aboard the hijacked American Airlines Flight 11, which was deliberately crashed into the World Trade Center's North Tower on September 11, 2001 and was one of over 3,000 souls lost on this date. She was survived by her adult sons, artist Elvis Perkins and actor Oz Perkins. [source: imdb]

This a story behind the story that I found interesting... now I am not sure on all the facts, because I am using the internet for all the sources. I thought this was some interesting connections to Mother to Father to Son to Mother... maybe you didn't know either?
-Jeremy [Retro]