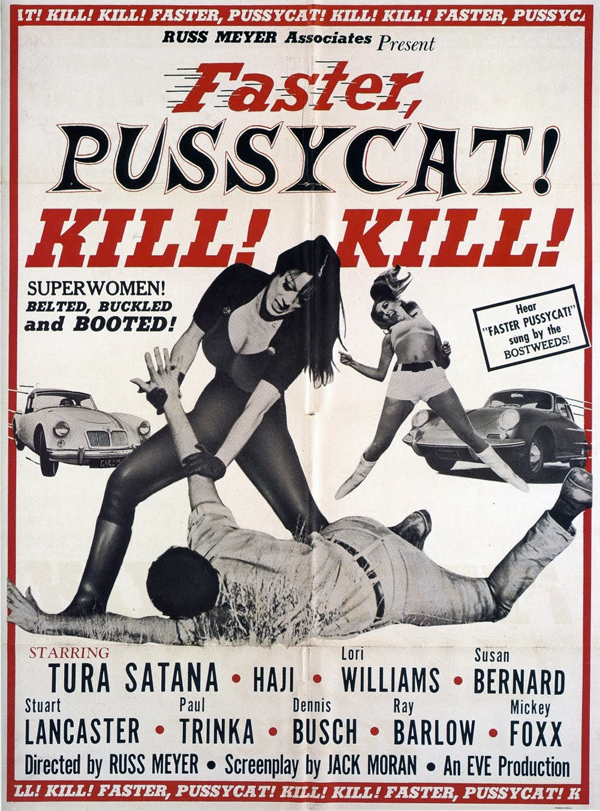 Faster, Pussycat! Kill! Kill! is a 1965 American exploitation film directed by Russ Meyer. It follows three go-go dancers who embark on a spree of kidnapping and murder in the California desert. The movie is known for its violence, provocative gender roles, and its eminently quotable "dialogue to shame Raymond Chandler." It is also remembered for the indelible performance of star Tura Satana, whose character Richard Corliss called "the most honest, maybe the one honest, portrayal in the Meyer canon." Faster, Pussycat! was a commercial and critical failure upon its initial release, but it has since become widely regarded as an important and influential film.