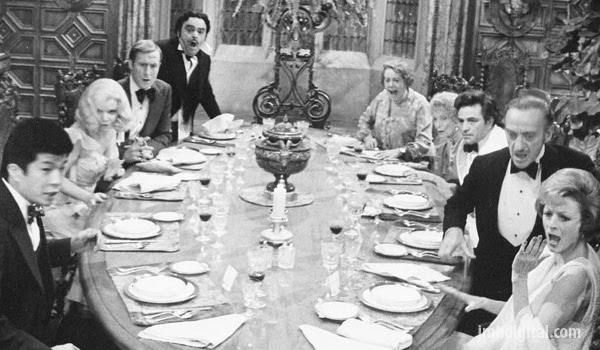 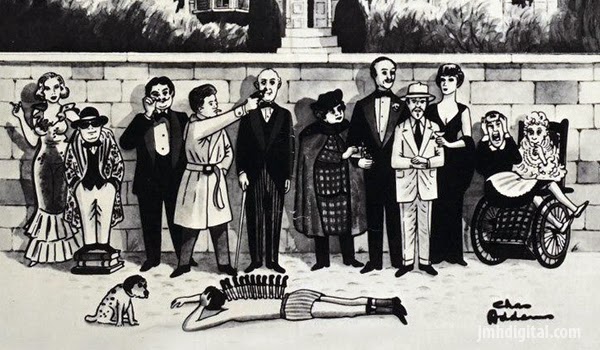 The plot is a spoof of the traditional country-house whodunit, familiar to mystery fiction fans of classics such as Agatha Christie's And Then There Were None. The cast is an ensemble of British and American actors playing send-ups of well-known fictional sleuths, including Hercule Poirot, Miss Marple, Charlie Chan, Nick and Nora Charles, and Sam Spade. 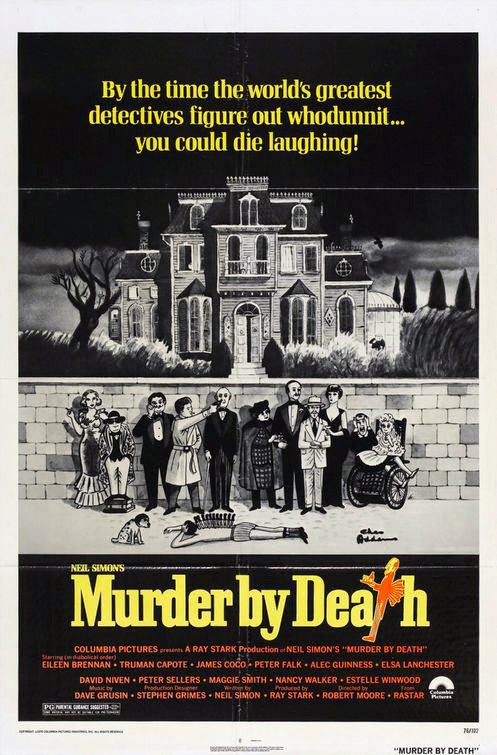 So I was watching this classic film this weekend, it got me to thinking how many of the Murder by Death's cast have died from death... Neil Simon, Eileen Brennan, Truman Capote, James Coco, Peter Falk, Alec Guinness, Elsa Lanchester, David Niven, Peter Sellers...

Classic WHO-DUN-IT film... so who was the Murderer?
-Jeremy [Retro]