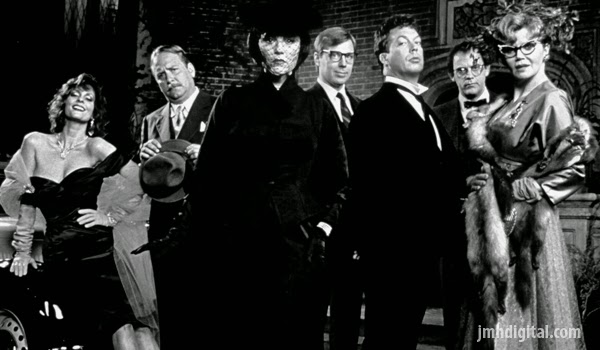 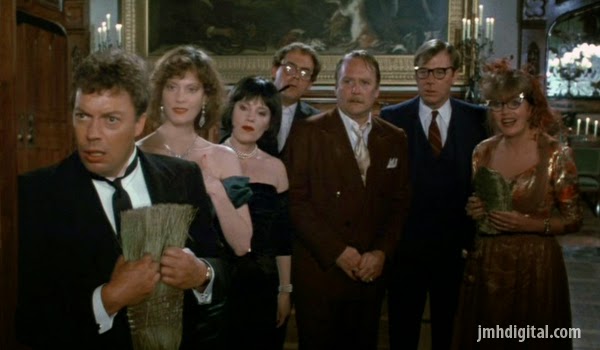 In 1954 New England, against a backdrop of McCarthyism, six strangers are invited to a party at a secluded New England mansion. They are met by the house butler Wadsworth, who reminds them that they have been given pseudonyms to protect their true identity. During dinner, the seventh attendee, Mr. Boddy, arrives. After dinner, Wadsworth takes everyone to the study and reveals the true nature of the party: all of the guests are being blackmailed: 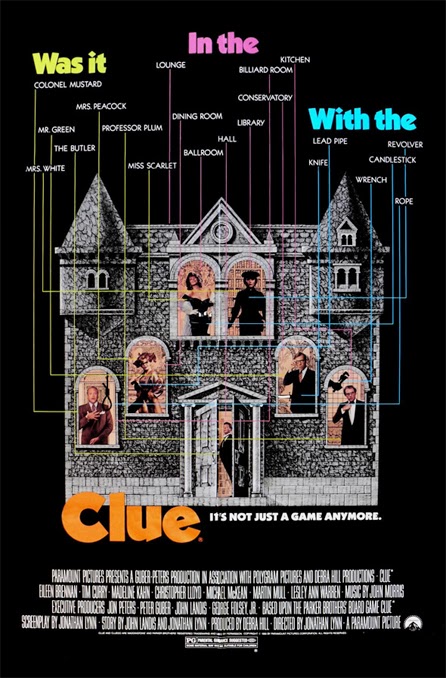 - Professor Plum is a psychiatrist who lost his medical license because he had an affair with a married female patient. He now works for the United Nations' World Health Organization.

- Mrs. Peacock is the wife of a senator who has accepted bribes to deliver her husband's vote. However, she claims she is innocent and she must pay blackmail money to avoid the story being used for a political witch hunt.

- Mrs. White is an alleged black widow who was drawn in to avoid a scandal regarding the mysterious death of her nuclear physicist husband. She was previously married to an illusionist, who also disappeared under mysterious circumstances.

- Miss Scarlet is a madam who operates an illegal brothel and escort service in Washington, D.C.

- Colonel Mustard is thought, at first, to have been blackmailed for scandalous pictures with one of Miss Scarlet's employees, but it is later revealed that he was a war profiteer who made his money from selling stolen radio components on the black market. He now works at the Pentagon, working on a private fusion bomb (which is revealed later in the film).

- Mr. Green has a super secret that would cost him his job with the State Department if it were widely known.
Following up with the mysteries...
-Jeremy [Retro]