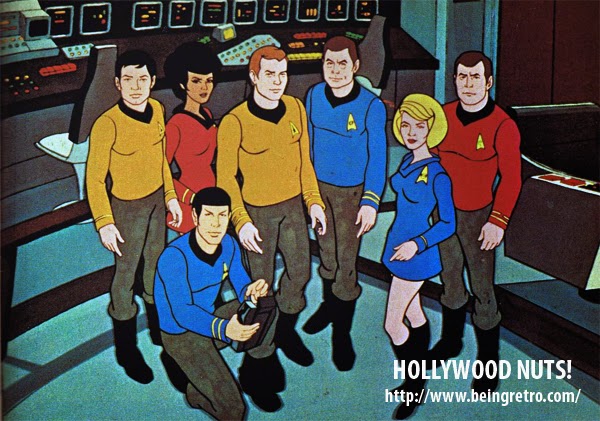 Initially, Filmation was only going to use the voices of William Shatner, Leonard Nimoy, DeForest Kelley, James Doohan and Majel Barrett. Doohan and Barrett would also perform the voices of Sulu and Uhura. Leonard Nimoy refused to sign up to lend his voice to the series unless Nichelle Nichols and George Takei were added to the cast — claiming that Sulu and Uhura were of importance as they were proof of the ethnic diversity of the 23rd century and should not be recast. Nimoy also took this stand as a matter of principle, as he knew of the financial troubles many of his Star Trek co-stars were facing after cancellation of the series.
-Jeremy [Retro]