When that Shark Bites... 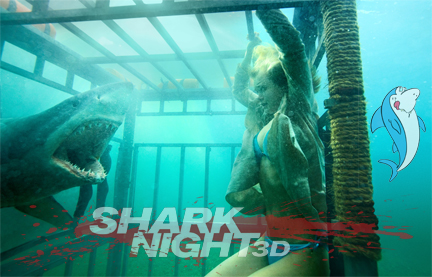 Shark Nut 3D
I don't get it when they [being movie companies] give backing to morons [writers/directors/etc.] to stupid ideas [Shark Night] that this film was. Nothing bothers me more when they spend more time making a awful music video at the end of the credits, which only proves that things bite... and bite big time. I read the reviews and I weeded past the trailer with a smile... only to find the movie used for a few bucks. I wanted to see for myself... and it was still and my biggest problem, "why the hell do people who don't like each other, ever want to hang out for the weekend". waddle the script... know there is a pg-13 rating... no nudity except some side boob and man butt... and the obvious creepy backwoods whack-a-dos. Now add some salt water sharks, in a salt water lake... and the stupid eye for an eye mental armchair fight... Hey maybe we should go right where the sharks are or maybe go left where the sharks are... maybe lets climb into the boat with the backwoods whack-a-dos... even after they made references that they want to jump you. 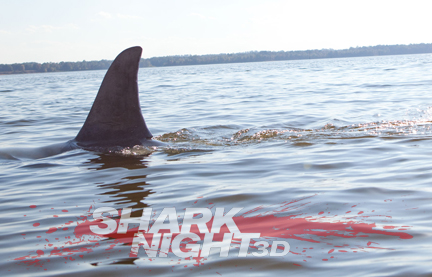 Check out the latest reviews, music and scores/soundtracks at Howlin' Wolf Records: On-Line Magazine or find the latest horror sites over at Horror Blogger Alliance. Or last but not least visit the madness at [Retro-Zombie] there is always something going on and it is one click away!
-------------------------
Hosted By Jeremy [Retro]