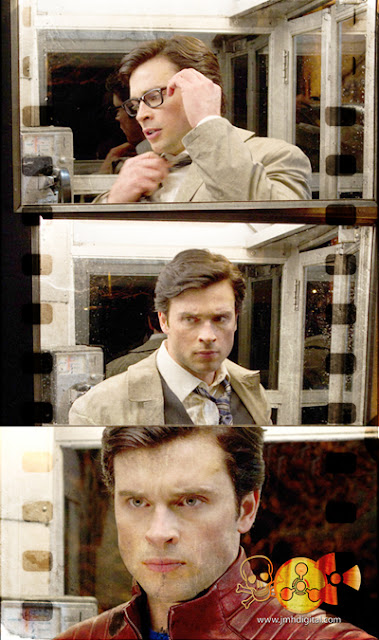 Ten years, ten years of a program called "Smallville", many thought it should have ended around season 6 and sometimes I would have to agree. It has been a rough trip for Clark Kent and his road to becoming the iconic character "Superman" as the shows progress to final to put on the suit. Me personally I hope it doesn't happen, not because I am against it, the show was never about Clark's destiny... but the journey. It was and is a different take on that journey that makes it the great program that it is, some of those who wanted the story the way they knew wouldn't appreciate the "Smallville" journey.
Want to see the suit and some of the images from the last episode [Warning Spoilers]?
MORE PHOTOS of SMALLVILLE: HERE
Hosted By Jeremy [Retro]