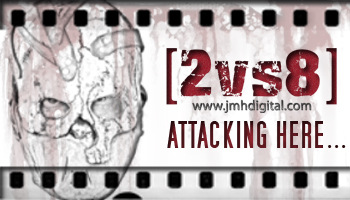 Jack Messitt’s award winning horror film can finally be seen as it was intended. With new and enhanced visual effects, never before seen footage and extended scenes, what Movieweb.com called “a true modern day horror classic” just got better. With an “atmosphere that oozes dread” (Blu-Ray.com), Midnight Movie is “a gory and fast paced good time” (DreadCentral.com).

It was just another rundown movie house in a small suburban town -- what better place for a midnight screening of a true cult classic? But this isn't your typical horror film, because five years earlier, the director and star of the movie made a bloody escape from a psych ward and may still be on the loose.

When the film starts to roll, the heckling begins. But when one of their friends is viciously murdered in the very movie they are watching, laughter gives way to fear as the horrified audience realizes that it is no prank.

When they try to run, they realize that the same psycho they just saw on the silver screen has trapped them all in the theater. With no hope of escape and their numbers thinning fast, the survivors must figure out a way to turn the tables on the very same killer that they once rooted for in the cult slasher flick. Caught between reality and the screen's flickering shadows, they become the unwilling stars of the very horror movie they were watching.
CLICK HERE: http://twothumbseightfingers.blogspot.com/
Hosted By Jeremy [Retro]