MOUSE IN THE HOUSE! 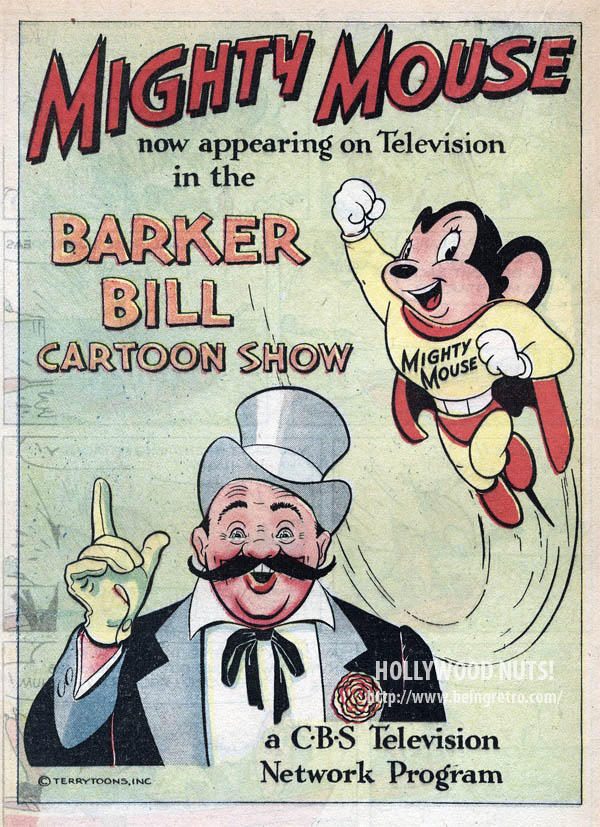 FUN FACTS: Mighty Mouse: The New Adventures was the subject of media controversy when one scene was interpreted as a depiction of cocaine use. In the episode "The Littlest Tramp" a poor mouse girl attempts to sell flowers, and is repeatedly harassed by a rich man who crushes her flowers. She runs out of flowers and makes new ones from sundry items she finds, such as tomato slices, but the man crushes these too. Mighty Mouse attempts to purchase the flowers with his chunk of cheese, and to avenge the girl, but she gives Mighty Mouse the crushed flowers and insists that others need help more than she does. After successfully saving several different characters, he is reminded of the girl, and attempts to smell the flowers she gave him (now a pink powder), inhaling them in the process. He then finds the man that has been harassing the girl, and spanks him. The girl is sympathetic to the man, and he is so moved that the two are married.
-Jeremy [Retro]