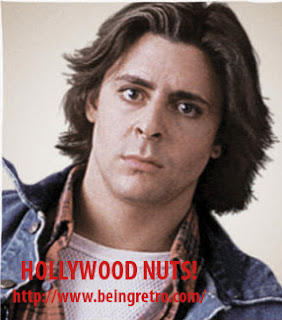 01. Cannabis and hemp are the same. "Marijuana" was the Mexican name given to cannabis. The word `marijuana' is a Mexican slang term which became popular in the 1930's in America, during a series of media and government programs which we now refer to as the `Reefer Madness Movement.' It refers specifically to the medicine part of cannabis, which Mexican soldiers used to smoke.

02. Cannabis was first cultivated in China around 4000B.C. According to the Chinese historic records and archaeological data, the history of Chinese hemp cultivation and use spans approx. 5,000 to 6,000 years

03. The original drafts of the Declaration of Independence were written on hemp paper.

04. One acre of hemp will produce as much paper as four acres of trees. Pounded and disintegrated hemp fiber was used to make the world's oldest piece of paper, recovered from a tomb near Xi'an in Shaanxi province dating from 140-87 BC (Temple 1986).

05. Hemp is a source of fiber for cloth and cordage for rope. The hemp fiber is located inside the long stem of the plant.

06. George Washington and Thomas Jefferson grew hemp. Washington, our first president, declared,"Make the most of the hemp seed. Sow it everywhere."

09. Rolling papers, like Bambu, are made from hemp paper.

10. In 1937, the Marijuana Tax Stamp Act prohibited the use, sale, and cultivation of hemp/marijuana in the United States.

11. Hemp is cultivated all over the world. Today, China, Korea,Italy, Hungary, Russia and France are among the countries that grow hemp for fiber, paper and other products.

12. Cannabis is classified as a schedule 1 drug by the Food and Drug Administration. Designated as a narcotic, it cannot be prescribed to patients.

13. In 1988, the DEA's own administrative law judge concluded that "marijuana is one of the safest, therapeutically active substances known to man".

14. Cannabis can be used as a medicine to treat nausea, pain and muscle spasms. It alleviates symptoms of glaucoma, multiple sclerosis, AIDS, migraines and other debilitating aliments.

16. More than 695,000 Americans were arrested in 1997 on marijuana charges. A marijuana user is arrested every 45 seconds in America.

I am just making a reference... I am not a user, Heck I don't even drink!
-Jeremy [Retro]