BACK TO THE FUTURE... GEORGE MCFLY... is more than meets the Eye! 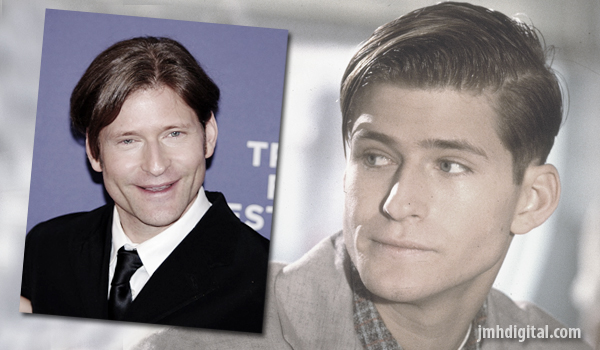 Glover is known for portraying eccentric people on screen such as George McFly in Back to the Future, Layne in River's Edge, unfriendly recluse Rubin Farr in Rubin and Ed, Andy Warhol in The Doors, the "Thin Man" in the film adaptation of Charlie's Angels and its sequel, Willard Stiles in the Willard remake, The Knave of Hearts in Alice in Wonderland, Phil in Hot Tub Time Machine, and a Willy Wonka parody in Epic Movie.
George is portrayed as weak and the main target of Biff Tannen's bullying. The novelization of the film expounds on George's history of weakness, describing two incidents in which he is unable to stand up for himself. In 1955, in contrast with Marty, George did not have any friends for support and was targeted not only by Biff and his gang but also other kids in school. He has a penchant for science fiction, and writes some of his own but never allows himself to share them with anyone due to his fear of rejection. In 1955, with Marty's help, he gets the courage to stand up to Biff, knocking him unconscious. As a result, he and Lorraine fall in love and George becomes popular in school for defeating Biff in a fight. In the new future, he and Lorraine are happily married and George is a successful writer who orders Biff around. In the alternate timeline in Part II, George was murdered by Biff in 1973.