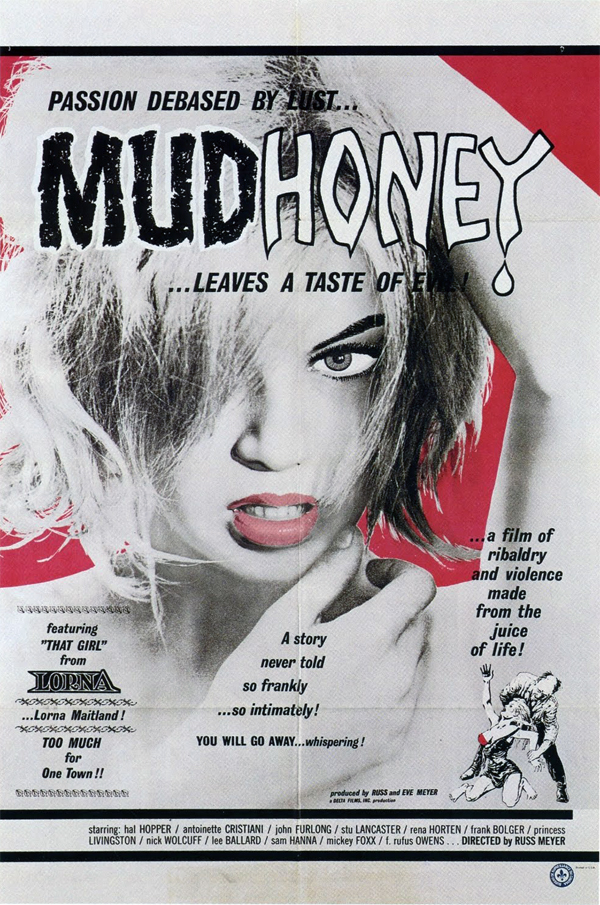 Mudhoney (sometimes Mud Honey) is a 1965 film by Russ Meyer based on the novel by Raymond Friday Locke. The film became the inspiration for the name of pioneering Seattle grunge band Mudhoney when it was formed in 1988. American singer-songwriter Norah Jones' album cover for Little Broken Hearts was based upon a poster for the film.

In this Depression-era tale, Calef McKinney (John Furlong) is traveling from Michigan to California and stops in Spooner, Missouri, where Lute Wade (Stuart Lancaster) hires him for odd jobs.  McKinney gets involved with Wade's niece, Hannah Brenshaw (Antoinette Christiani). But she is married to Sidney (Hal Hopper), a wife-beating drunk who hopes to inherit his uncle-in-law's money.  Sidney and an eccentric preacher named Brother Hanson (Frank Bolger) plot against McKinney, who finds it difficult to conceal his mysterious past and his growing affection for Sidney's wife.