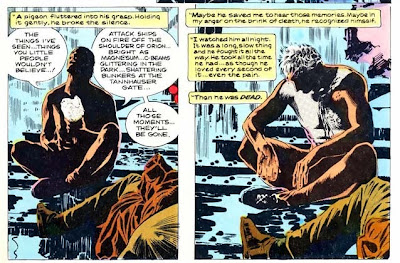 The film depicts a dystopian Los Angeles in November 2019 in which genetically engineered organic robots called replicants—visually indistinguishable from adult humans—are manufactured by the powerful Tyrell Corporation as well as by other "mega-corporations" around the world. Their use on Earth is banned and replicants are exclusively used for dangerous, menial or leisure work on off-world colonies. Replicants who defy the ban and return to Earth are hunted down and "retired" by police special operatives known as "Blade Runners". The plot focuses on a brutal and cunning group of recently escaped replicants hiding in Los Angeles and the burnt-out expert Blade Runner, Rick Deckard (Harrison Ford), who reluctantly agrees to take on one more assignment to hunt them down.

So I am going to start sharing the ideas behind my art/designs and luck would have it I get two ways to show you in my "BOOKS" and now "SHIRTS"... here is one of those t-shirt designs for me is like "Hey look this large human shaped box showed up, here is what the label had said"... would you open it? The future can be a scary place, when we let those robots take our places in daily tasks, so please open your box... it's here because you ordered it. 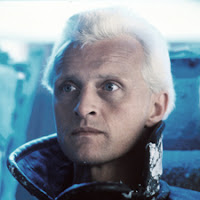 I just got the Blu-Ray edition of this film and got inspired, well I guess that is we do get inspired. You know the version where we are lead to believe that Dekard is one that he seeks out as a Blade Runner. So in your own travels today and have a moment, please [CLICK HERE] cause "I know you want more life"... do you know that Rob Zombie's song "More-Human-Than Human" was partial inspired by this film? I remember in my life this moved me out of just being a Star Wars fan into another world of Science Fiction. So for you all reading this, "BE INSPIRED" find your "thing" that moves you and do it!
-Jeremy [Retro]