So the END is Going to be Beautiful!! 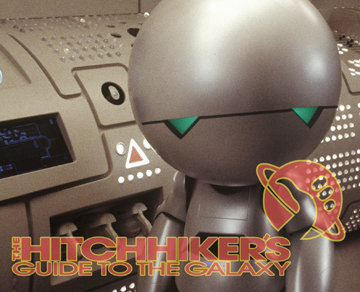 Don’t Panic . . . Stick out your thumb to join the most ordinary man in the world on an extraordinary adventure across the universe in the hilarious comedy, “The Hitchhiker’s Guide to the Galaxy.” Earthman Arthur Dent is having a very bad day. Planet Earth is about to be demolished to make way for a hyperspace bypass. Arthur’s only chance for survival: hitch a ride on a passing spacecraft. For the novice space traveler, the greatest adventure in the universe begins when the world ends.
-Jeremy [Retro-Zombie]