Listen, I am too Rock n' Roll for this! 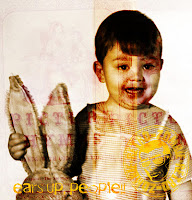 Today's post was a great post, but alas it was suppose to be on the Howlin' Wolf site... So in return for that here is a quick post about nothing.

In honor of the couple of response to the day I give you; Mystery Science Theater 3000: THIS ISLAND EARTH!

This Island Earth is a 1955 American science fiction film directed by Joseph M. Newman. It is based on the novel of the same name by Raymond F. Jones. The film stars Jeff Morrow as the alien Exeter, Faith Domergue as Dr. Ruth Adams, and Rex Reason as Dr. Cal Meacham. The film was one of the first major science fiction films to be made in Technicolor. In 1996, This Island Earth was edited down and lampooned in the film Mystery Science Theater 3000: The Movie.

And the last thing is for alex....
-Jeremy [Retro-Zombie]