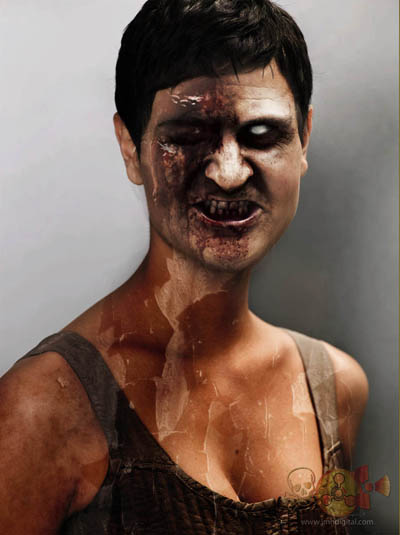 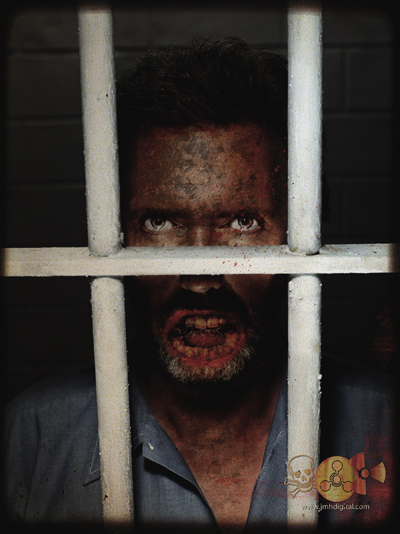 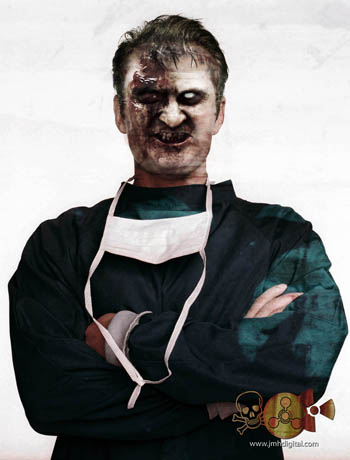 Doctors, Aliens or even Behind Bars....
It will get you eventually, so stop running and start praying for something... something you believe in. Cause the infection is all ready burning in your blood, not enough that you can feel it... more of a tingle. So the last time you visited your doctor/physician he pushed a shot onto you, but couldn't quite explain the why... not to stop it to help it gestate in your body... Vegetarians are savoring blood, blood turns to the need for brains and them you will just open your eyes and see the scalp of your family, friends... strangers.
Infection is the colonization of a host organism by parasite species. Infecting parasites seek to use the host's resources to reproduce, often resulting in disease. Colloquially, infections are usually considered to be caused by microscopic organisms or microparasites like viruses, prions, bacteria, and viroids, though larger organisms like macroparasites and fungi can also infect.  Hosts normally fight infections themselves via their immune system. Mammalian hosts react to infections with an innate response, often involving inflammation, followed by an adaptive response. Pharmaceuticals can also help fight infections.
Signs/Symptoms
Extreme fatigue which may be ongoing for more than 2–3 months
Continued weight loss
Low grade or spiking fever
Night sweats and chills
Vague body aches and pain
Occult infection
An occult or asymptomatic infection is medical terminology for a "hidden" infection, that is, one which presents no symptoms verifiable and recognizable by a doctor. Dr. Fran Giampietro discovered this type, and coined the term "occult infection" in the late 1930s.
-Jeremy [iZombie]
Hosted By Jeremy [Retro]