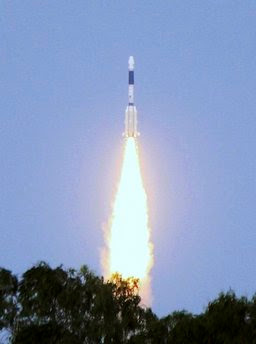 Don't be alarmed. High above your heads, a zombie satellite is on the loose. OK, actually, it won't really be a bother to us earthlings. Or at least to most of us. (More on that later.) But the rogue communications satellite is wreaking havoc in Earth's orbit and does threaten to interfere with signals coming from other satellites. Here's the backstory...

The communications satellite named Galaxy 15 lost contact with ground control after a solar flare probably fried its brain. As a story from the Christian Science Monitor reports, attempts from Earth to contact the satellite have been unsuccessful. But instead of just dying and drifting off, the satellite has continued to orbit the Earth, even though it refuses to receive instructions from its owner, Intelsat.

For the science nerds out there: The satellite is still on, with its "C-band telecommunications payload still functioning even as it has left its assigned orbital slot of 133 degrees west longitude 36,000 kilometers over the equator." Translation: Not good.

What's confounding scientists is that even though the satellite is toast, it continues to operate at full power, but with nobody telling it what to do. Why on earth we should care: The "zombiesat" (as its known in space talk) could steal a working sat signal, and interrupt programming for its customers. Yes, that means our television programs. The horror. As the blog Boing Boing points out, Galaxy 15 was one of the satellites that carried the Syfy channel's signal. And now it's met an end good enough to be its own Syfy show.

The Galaxy 15 is on course to mess with an SES satellite that transmits to Luxembourg. If it's any consolation to the good people of Luxembourg, officials are calling the situation "unprecedented."

The undead satellite has caused searches for "galaxy 15 satellite" to rise an astronomical 10,300% in the last week. Searches were also out of this world for "nasa satellite imagery," "satellite photo," and "nasa satellites." It's also caused people to wonder "how many satellites are in space." Not enough to bump into each other. Yet.
Hosted By Jeremy [Retro]