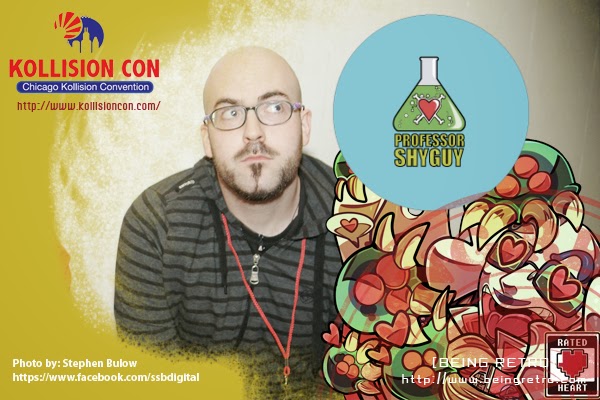 Professor Shyguy's music can be best described as; high energy, chiptune-electro-rocking, 8-bit, epically vocalized, highly danceable, theatrical nerd-pop. Singing 50% about video games and the other 50% is anything from Space/Time to English Language gymnastics. His performance consists of singing, playing guitar, keyboards, and drums, sometimes three of those things at the same time. Since the first album he has shared the stage with The Protomen, Peelander Z, Ellen McLain (aka the voice of GLaDOS), Samantha Newark (The voice of Jem of 'and the Holograms'), and more. Just recently released second album with guest stars such as Kyle Hebert (The Narrator of Dragon Ball Z), Amanda Lepre (of Descendants of Erdrick), and Duane & BrandO he is back to touring the U.S.!
-Jeremy [Retro]