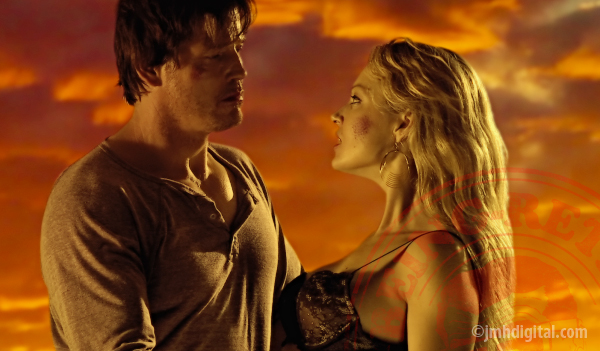 So I am not sure you all know that I work on a independent score/soundtrack label called "Howlin' Wolf Records" as their promotional person and run the "On-line Magazine". This month we are releasing three soundtracks to films you may have heard of and if not well I am sharing it right now. 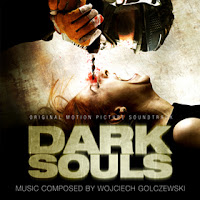 Directed by César Ducasse and Mathieu Péteul, DARK SOULS is a French-Norwegian thriller which begins with a young woman who is attacked in the woods. Just as her father receives a call from the police asking him to identify her body, he sees her walking through the front door... As he is forced to take matters into his own hands, he begins to uncover signs of a larger industrial conspiracy whilst caring for his daughter, amidst an undead outbreak. 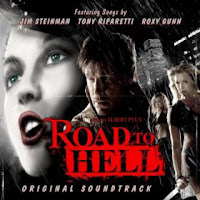 A soldier who has been fighting a long war is driven mad because he no longer believes in any purpose or righteous truth behind the killing. He comes home to a surreal world looking for his first and only love from his youth, believing she will rescue him from his demons. On the road to Edge City he encounters two seductive spree killers who oppose his efforts to find his love and the redemption he desperately seeks.

The first two "Cool Air/Invasion" and "Dark Souls" are on CD format and the third "Road to Hell" is available in digital format "HERE" and "HERE"... soon to be on Limited Cd soon from our label. So yes... I am doing my job and sharing all the good stuff that I can, I am sure I will be adding more like "Road to Hell" is the sort of sequel to 1985's "Streets of Fire" and many of the songs featured were redone by "Roxy Gunn"...

Email ThisBlogThis!Share to TwitterShare to FacebookShare to Pinterest
On The Menu: Howlin' Wolf Records